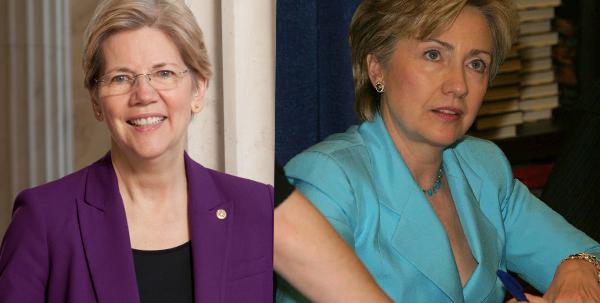 Former Secretary of State Hillary Clinton is expected to debut her plans for student loan reform following her campaign kickoff in New York on Saturday.

Since launching her second presidential bid, the Democratic frontrunner has worked to appease both moderate and progressive voters after organizations and pundits on the left criticized her ties to Wall Street and hawkish foreign policy.

"It’s not clear yet exactly what form Clinton’s debt-free college proposal will take—whether students will pay based on a percentage of their income or carry some obligation based on their ability to pay."

For the last few months, however, policy advisers to Clinton have reportedly been consulting with experts close to outspoken Democrat Sen. Elizabeth Warren (Mass.) to develop an approach to student loan reform that could be the key to satisfying progressive demands.

According to a new report from Politico, Clinton herself has worked personally with Heather McGhee—who serves as president of Demos, a liberal public policy organization—to develop a proposal aimed at reworking the federal student loan and borrowing system. Meanwhile, her campaign staffers have met with a number of individuals with ties to Warren, including Rohit Chopra, an agent with the Consumer Financial Protection Bureau; Mark Huelsman, who also works for Demos; and James Kvaal, the former policy director to President Obama during his 2012 reelection campaign.

On Wednesday, Warren outlined her debt-free college plan to an audience of educators at the American Federation of Teachers in Washington, D.C. The plan—co-sponsored by fellow Sens. Chuck Schumer (D-N.Y.) and Brian Schatz (D-Hawaii)—would reinstate students’ ability to discharge student loans by declaring bankruptcy, regulate public universities’ spending on administrators and other departments, and implement a program that would benefit colleges with stellar four-year graduation rates.

Clinton’s plan would mirror the debt-free college initiative while also attempting to reduce the overall costs to attend college.

“The total cost of attendance is a more expansive view of the actual cost of higher education,” Huelsman told Politico, adding that “[w]e and other groups have encouraged Clinton to include the cost of attendance as the definition of debt-free college. That would be a big deal.”

Politico says that it has yet to be determined “how Clinton plans to pay for any of the proposals currently being discussed.”

“It’s not clear yet exactly what form Clinton’s debt-free college proposal will take—whether students will pay based on a percentage of their income or carry some obligation based on their ability to pay,” wrote Annie Karni, who authored the report.

Karni compared student loan reform to President Obama’s promise to reconstruct the U.S. healthcare system during his 2008 presidential campaign and describes student debt as a “signature domestic policy issue” that Clinton can use to “drive the conversation.”

According to Politico, additional aspects of student loan reform currently being discussed by Clinton campaign staffers include a “bill of rights for student loan carriers”—similar to President Obama’s Student and Borrower Bill of Rights—and a risk-sharing program that would levy financial penalties on colleges and universities whose students defaults on their loans.

“What voters are looking for in this election is someone who is going to be a champion for everyday people,” Clinton’s campaign manager Robby Mook reportedly said during a recent CNBC interview. “For young people, that’s debt-free college, that is finding that job after you graduate.”

“If college graduates are going to reap the greater economic rewards and opportunities of earning a degree, then it seems fair for them to support the cost of the education they’re receiving,” Christie said.