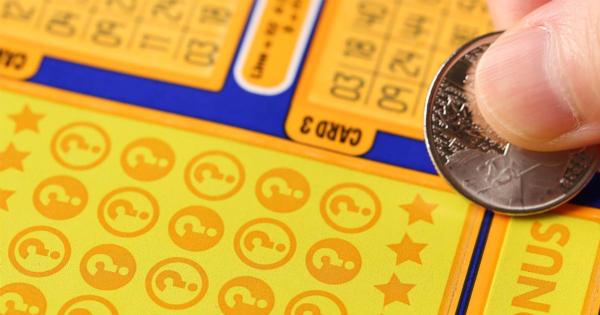 There may be a new way to pay off student debt in New Jersey thanks to new legislation proposed by John Burzichelli, a Democrat assemblyman who represents New Jersey’s third legislative district.

The legislation, bill A4631, would essentially set up a lottery system, allowing benefactors to purchase tickets and students to register their names for a potential payout. If selected, the student’s debt would be paid off directly to the institution that owns the debt.

"The only winner would be the company running the lottery who gets 25 cents on every dollar."

Burzichelli told Inside Higher Ed that he decided to develop the bill after being approached by an outside vendor, who was interested in starting a lottery not only in New Jersey, but other states as well. This outside vender would operate the lottery in exchange for 25% of the pot.

This proposed legislation also comes at a time when debt among college graduates is at an all time high. According to the Institute of College Access & Success, 70 percent of college graduates in New Jersey are weighed down by roughly $28,000 in debt.

Although the legislation was only recently proposed, it has critics.

Natalia Abrams, executive director of Student Debt Crisis, a non-profit organization that deals with higher education financing, called the idea “all kinds of wrong” and worried that it could send the wrong message.

Abrams also questioned how and if taxes would be paid on the winnings.

"If an $80,000 loan is paid off, who is paying the taxes? Those could be very high tax bills for those who are very low-income. This isn't extra money they're winning like a regular lottery," she told NJ.com. "Even if they got their student loan paid off, they might have 20 or 30 percent of taxes to pay off."

The bill only allows students to purchase tickets up to 15% if their total debt amount, which has individuals like Abrams, questioning why student’s wouldn't choose to pay that directly to their loan service provider.

Lauren Asher, president of the Institute for College Access and Success, the organization responsible for retrieving data on student debt, also spoke out against the bill.

“The only winner would be the company running the lottery who gets 25 cents on every dollar,” she said.

Currently, the chances of winning a lottery stand at 1 in 176 million. There are better chances of being struck by lightning or being attacked by a shark, according to National Geographic.