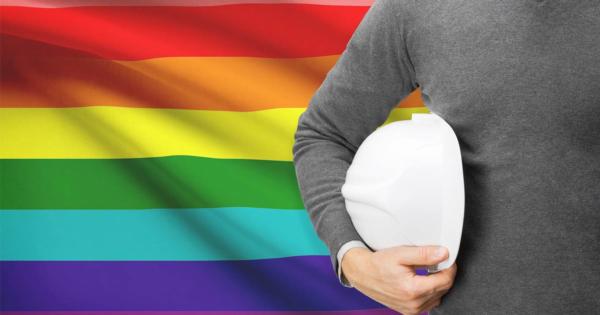 The National Science Foundation is granting nearly $300,000 to a study designed to examine “aspects of engineering culture that serve as impediments” to LGBTQ students.

According to the Washington Free Beacon, The American Society for Engineering Education is conducting the “diversity research” from July 1 of this year until June 2017 and is designed to change “campus culture” by providing resources to train engineering professors to be more “LGBTQ-affirming.”

According to the grant, the “project aligns with the National Science Foundation’s goal to promote a more diverse engineering workforce by promoting LGBTQ...equality in engineering."

The National Science Foundation (NSF) is an independent federal agency created by Congress to support scientific research at colleges and universities across the country. According to the grant, the “project aligns with the National Science Foundation’s goal to promote a more diverse engineering workforce by promoting LGBTQ...equality in engineering—a group that has been underserved to increase diversity in the profession.”

The NSF grant says that though there has been “gradual positive change in campus climate for LGBTQ individuals, engineering departments have proven more impervious to inclusive practices than other disciplines.”

“Through face-to-face and online training coupled with an online community of practice, this project will build a network of LGBTQ-affirming faculty who are aware of strategies to foster an inclusive environment and are empowered to advance LGBTQ equality in their departments,” reads the grant.

The principal investigator for the study is Stephanie Farrell, a chemical engineering professor at Rowan University. She is a member " Out and Ally Network," a listing of faculty and staff who have completed " Safe Zone training" at the university and have "pledged to stand against heterosexism, homophobia, biphobia, and transphobia."

According to the Free Beacon, both Farrell and co-investigator Rocio Chavela Guerra have been active in the American Society for Engineering Education’s Diversity Committee, which released a newsletter promoting “ Safe Zone Ally Training” a workshop which is designed to “explore the unique needs and concerns of LGBTQ people in higher education” and allows each participant to “build knowledge and skills for creating a more inclusive and affirming environment and practice techniques to identify and interrupt discrimination.”

In 2011, co-investigators Erin Cech and Tom Waidzunas published "Navigating the Heteronormativity of Engineering: The Experiences of Lesbian, Gay, and Bisexual Students" in the academic journal Engineering Studies.

According to his profile page, Waidzunas is a Temple University sociology professor whose research focuses on the “intersections of sociology of sexuality, gender, science, technology, and the body.” He is affiliated with Temple’s women’s studies program. The University of California, San Diego lists Cech as an assistant sociology professor whose areas of interests include "gender, social inequalities, culture, science, and engineering."