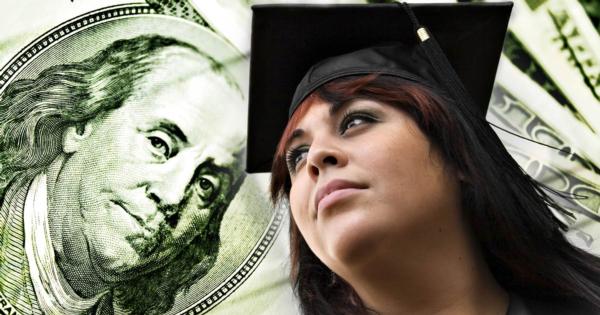 Last week, Atlanta’s radio broadcast The Bert Show interviewed a young lady who had spent every last dime of a $90,000 college savings account prior to paying off her full four-year tuition.

The student, a 22-year-old college junior named Kim, still has $20,000 to pay off during her last year of college. She says she spent her savings fund, left to her by her grandparents, on school clothes and college break money.

"I probably should have not done that."

“I probably should have not done that,” Kim said in the interview. “I took a trip to Europe. The Europe thing I thought was part of my education and that’s how I tried to justify that.”

Kim recognized that she wasn’t very good at budgeting, a fault she blamed on her parents.

“Maybe [my parents] should have taught me to budget or something. They never sat me down and had a real serious talk about it,” the frustrated student explained.

“[My parents] said there was nothing they could do for me,” Kim continued. “They’re not being honest with me saying they don't have [money] because my dad has worked for like a million years and they have a retirement account.”

The Bert Show hosts encouraged Kim to follow her parents’ advice and take out a loan at a bank or get a part time job.

When The Bert Show co-host Jeff Dauler suggested looking for jobs at her school like serving food in the cafeteria, Kim said that would be embarrassing, noting that she “know[s her parents are] trying to teach me a lesson and blah blah blah and character building but, like, I hope they realize [working part-time] could have such a negative effect on my grades and as a person," she told Dauler.

Kim’s parents have vowed not to co-sign a loan until she gets a job to help cover her remaining expenses.

According to the College Board, students often pay more than $30,000 a year in tuition, fees, and room and board at public universities. The Association of American Universities reports that the average college student graduates with upwards of $23,000 in debt.