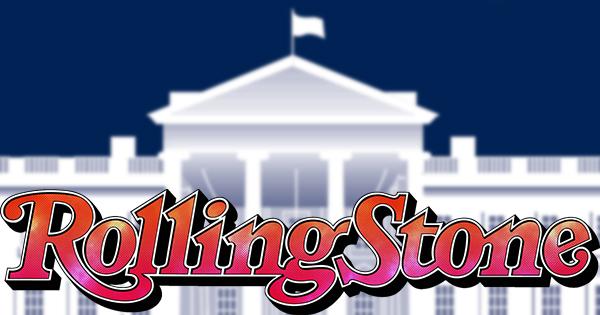 The court filings were submitted last week in response to a $7.5 million libel lawsuit filed in May by University of Virginia Associate Dean Nicole Eramo.

“It is shameful that Rolling Stone is trying to shift the blame to Dean Eramo for their own malicious and reckless reporting."

The 76-page suit filed in Charlottesville (Va.) Circuit Court accuses Rolling Stone LLC, Wenner Media LLC, and Sabrina Rubin Erdely, of defamation for characterizing the associate dean as the “chief villain” and the university as “indifferent to rape on campus, and more concerned with protecting its reputation than with assisting victims of sexual assault.”

Thursday, Rolling Stone countered Eramo’s lawsuit with a paragraph-by-paragraph response, confirming that Erdely was introduced to “Jackie” through Emily Renda, an adviser on the White House Task Force to Protect Students from Sexual Assault and an employee of the university.

As originally reported through an investigation conducted by the Columbia School of Journalism “Sabrina Rubin Erdely, a writer for Rolling Stone, telephoned Emily Renda, a rape survivor working on sexual assault issues as a staff member at the University of Virginia.”

“Erdely said she was searching for a single, emblematic college rape case that would show 'what it's like to be on campus now…where not only is rape so prevalent but also that there's this pervasive culture of sexual harassment/rape culture,' according to Erdely's notes of the conversation,” the investigation reads.

Renda, who was purportedly introduced to Jackie through the victim advocacy group One Less, invoked the story of Jackie's alleged rape in testimony before a U.S. congressional committee before introducing her to Erdely.

In an apparent attempt to deflect blame back to the university, Rolling Stone’s response letter to Eramo confirms that "Ms. Erdely did not stumble on Jackie's story,” but instead, “[s]he was directed to Jackie by Emily Renda, then working closely with Dean Eramo in the Student Affairs office.”

"There is no question that both the author and Rolling Stone had full faith in Jackie's credibility and the accuracy of its Article at the time of publication. In no small measure, Rolling Stone believed in the credibility of Jackie's story because it came with the imprimatur of UVA, and of Dean Eramo specifically."

While requests for comment from the Washington Times went unreturned by Renda and Erdely, Eramo’s counsel did speak to The Hollywood Reporter, saying, “Rolling Stone’s claims that Dean Eramo was somehow the imprimatur for the story is categorically false...”

“Renda was a student advocate for sexual assault victims at the time she directed Erdely to Jackie. She was not working closely with Dean Eramo on sexual assault cases, she did not — and has never—had access to University sexual assault case information in any capacity, and Dean Eramo did not participate in providing Renda or Rolling Stone facts to support this false and reckless story.”

“It is shameful that Rolling Stone is trying to shift the blame to Dean Eramo for their own malicious and reckless reporting,” she said.