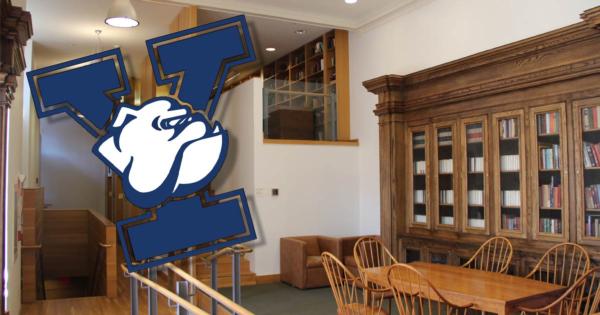 Steven Davis, a religious studies professor and the master of Pierson College, has ordered students to cease using the term “master” because of “the racial and gendered weight it carries.”

I think there should be no context in our society or in our university where in which an African-American student, professor, or staff member—or any person, for that matter—should be asked to call anyone "master."

“I have heard stories and witnessed situations involving members of our community who have felt viscerally marginalized by this linguistic practice: students who have felt it necessary to move off campus their junior or senior year to avoid a system where the title ‘master’ is valorized; faculty members who cringe at this aspect of our college culture; tea guests who perform subtle and dexterous verbal gymnastics to avoid having to say the name.”

According to the Yale Daily News, the term “master” has been used at the university's residential colleges since their creation in the 1930s.

“The master is the chief administrative officer and the presiding faculty presence in each residential college. He or she is responsible for the physical well-being and safety of students in the residential college, as well as for fostering and shaping the social, cultural, and educational life and character of the college.”

The Yale student who provided Campus Reform with the screenshots of the email said that Yale students discussing the announcement on Facebook generally viewed Davis’s announcement positively.

Clark announced on Facebook that she is “in complete agreement with Steve Davis on this.”

One Yale student, who insisted on anonymity out of concern of a possible “lynch mob,” told Campus Reform that he thinks “Master Davis is really doing a disservice to all of the people who've been Master of Pierson before him.”

“He's ignoring actual history, just so that he can push an agenda,” the student continued. “And I'm worried that that will be increasingly common at Yale.”

In place of the 80-year-old title, Davis requested that students refer to him in an alternative manner—Davis himself suggests students call him “Dr. Davis” or simply “Professor D.”

Davis says in the email that he and fellow Pierson staff will work to remove the name from other terminology involved with the college.

Davis’s request comes just weeks after almost 1500 students and alumni signed a petition requesting the university rename Calhoun College—which was named after Yale alumnus and former U.S. Vice-President John C. Calhoun—because of the fact that Calhoun was a slave owner.

Pierson College is the largest residential college at Yale, with over 500 students.

A voicemail seeking comment left on Davis's office phone from Campus Reform was not returned in time for publication.