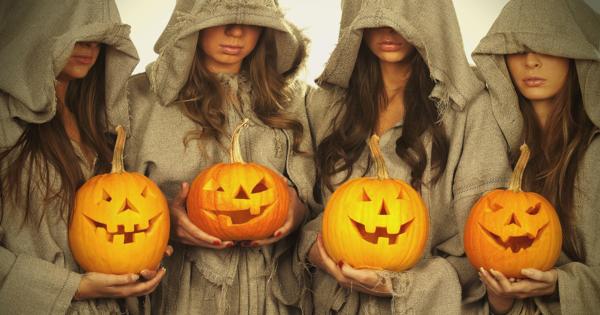 Now that Columbus Day is over, Wesleyan University is turning its attention toward the next controversial date on the calendar: Halloween.

Wesleyan’s Office of Student Affairs has placed posters throughout campus, an example of which was obtained by Inside Higher Ed, featuring a “Halloween Checklist” to help students determine whether their costume ideas might be offensive.

“Is your costume offensive?” the poster asks. “Check yourself and your friends.”

There follows a list of several general questions that students are encouraged to ask themselves before settling on a costume, such as whether it “[mocks] cultural or religious symbols such as dreadlocks, headdresses, afros, bindis, etc.” Another red flag, according to the flyer, are costumes that “attempt to represent an entire culture or ethnicity.”

Racial insensitivity is not the only concern, though, as the poster also asks students to consider whether their costumes “trivialize human suffering, oppression, and marginalization such as portraying a person who is homeless, imprisoned, a person with disabilities, or a person with mental illness.”

An employee at the Office of Residential Life informed Campus Reform that the poster was spearheaded by the Student Activities and Leadership Development office, but calls to that department had not been returned by press time.

Insights into the motivation behind the poster can, however, be gleaned from a small disclaimer stating that “this poster was inspired by the work of Hampshire College’s Community Advocacy Department.”

Hampshire’s version of the poster, while similar to Wesleyan’s, places a greater emphasis on racial and cultural sensitivities without specifically mentioning any other groups that might be subject to offense, and also offers students a sort of broad-based litmus test for evaluating their costume choices.

“Would I be embarrassed or ashamed if someone from the group I’m portraying saw me wearing this?” Hampshire’s poster prompts students to ask themselves. The checklist that follows, presumably intended for those who struggle to answer that question definitively, proceeds to warn against costumes that “perpetuate stereotypes, misinformation, or historical and cultural inaccuracies,” as well as those with packaging that features words like “traditional,” “ethnic,” “colonial,” “cultural,” “authentic,” or “tribal.”

Yet the Hampshire College poster is not an orphan, either, having itself been inspired by “similar initiatives from Northwestern University and Amanda Hess of Washington City Paper.”

The Northwestern checklist, according to Color Lines, was articulated in 2010 by then-Dean of Students Burgwell Howard in a letter to students prompted by the previous year’s controversy involving two students who attended a party in blackface.

Howard advised students wishing to wear a “funny” costume to consider whether the humor “is based on ‘making fun’ of real people, human traits, or cultures.” Those wearing a historical costume, he continued, should evaluate whether the true impact is to “further misinformation or historical and cultural inaccuracies,” while those desiring to wear a “cultural” costume should examine whether it serves to “reduce cultural differences to jokes or stereotypes.”

The other source for Hamilton’s, and indirectly Wesleyan’s, posters comes from an article in the Washington City Paper that was published just before the 2009 blackface incident at Northwestern, in which blogger Amanda Hess offers advice on confronting individuals who are unaware of the offensive nature of their Halloween costumes.

Her first suggestion is to depersonalize the conversation, for instance by bringing up an extreme example such as a “sexy illegal alien costume,” which she says would highlight the fact that such costumes “imply that certain groups of people are not fully human,” and also “tend to objectify racial minorities.”

Conceding that the subject “will probably take it personally anyway,” since “nobody likes to be called on their racism,” Hess suggests asking them to consider how members of the group in question might feel about the costume, asserting that “sometimes, the simple realization that the people a racist costume is meant to lampoon actually exist—and will likely be at your Halloween party—is enough to make a costume-wearer reconsider.”

Astute readers of the Inside Higher Ed article, however, observed in the comments section that Wesleyan’s proscriptions encompass a variety of costumes that would be unlikely to set off alarm bells.

“Prisoner and criminally insane costumes are no longer OK at Halloween?” one reader asked incredulously. “No Orange Is the New Black. No Texas Chainsaw Massacre. No Steve Buscemi.”

“Would a costume consisting of a Brooks Brothers button down shirt, LL Bean khakis, a loosely knotted Vineyard Vines tie, no socks, and Sperry Topsiders offend anyone?” another asks.

“The good news is that there are whole cultures like mine (Norwegian) where pretty much no one is offended by anything—except maybe by people who act offended by things,” a third reader points out, adding, “I hereby give dispensation on behalf of the Scandinavian people to mock us to your heart’s content.”