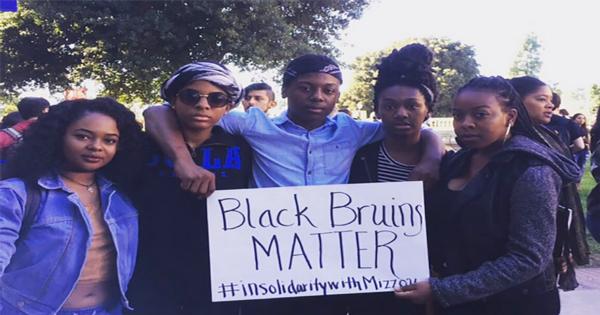 The rally, led by UCLA’s Afrikan Student Union (ASU) and consisting of a variety of chants such as “black Bruins matter” and “hell no, we don’t go,” concluded with a 4-year-old child named Seijani leading a famous chant by FBI-listed terrorist Assata Shakur.

“I don’t think praising a cop-killer helps your cause.”

"It is our duty to fight for our freedom. It is our duty to win. We must love each other and support each other. We have nothing to lose but our chains,” Seijani recited over a loudspeaker, followed by protesters with fists in the air.

The protesters discussed various similarities between the racially charged incidents that took place recently at the Mizzou and at UCLA. They repeated the ASU’s earlier list of demands from the university, which included a grant of $30 million and an “Afro-House” designated for black students, emphasizing that the university had not yet fully fulfilled their request.

Pardes Seleh is an Associate Producer at Fox News. She has also worked as the Contributors Editor at Red Alert Politics, as well as a writer for The Daily Wire. While in College at UCLA, Pardes worked as a Campus Correspondent for Campus Reform, exposing liberal bias and abuse around the country.