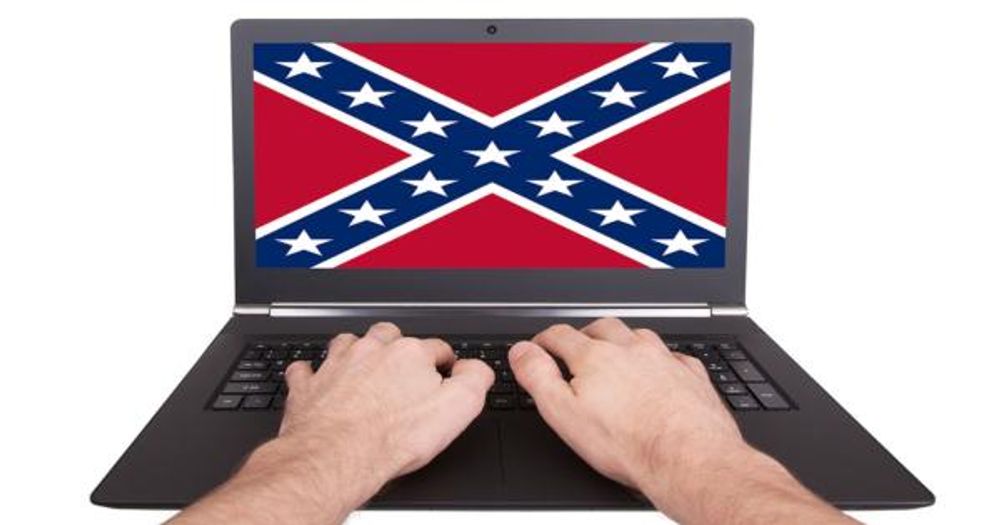 Framingham State University sent a campus email alert after a student reported a “bias incident” involving an image of a Confederate flag displayed on a laptop.

A screenshot of the email, with the names of individuals and the school redacted, was posted on Imgur Friday morning, and the individual who uploaded the picture informed Campus Reform that Framingham was the source of the email.

The Gatepost, Framingham’s student newspaper, confirmed in an article Sunday that the email came from Chief Diversity and Inclusion Officer Sean Huddleston.

“The Bias Protocol and Response Team has been made aware of the incident, and will meet to determine any measures that may be needed to respond to this incident,” Huddleston tells students, noting that a similar incident involving a different individual had been reported last month.

“Our primary goal continues to be to expeditiously address and resolve incidents of bias that impede our progress toward a welcoming and inclusive campus community,” he asserts, adding with a touch of satisfaction that he has personally met with the complainant, and “was informed that a productive discussion between the person making the report and the laptop owner about the incident was achieved.”

Huddleston then proceeds to outline the conflicting perspectives regarding the Confederate flag, pointing out that while some consider it to be “an inflammatory symbol of oppression,” others see it primarily as “a symbol of shared southern heritage” and a commemoration of the Civil War.

“However, because southern states represented by the Confederacy during the Civil War sought to protect and continue the practice of slavery, the Confederate flag is regarded by many as symbolic of the hate that has been associated with slavery and other forms of oppression,” he continues, in an indication of which side the university supports on the matter.

“Symbols such as these are not condoned by [redacted] University, as they violate the core values of our institution and are not considered consistent with our desire to maintain a safe, respectful, and welcoming campus community for all,” Huddleston declared.

He then explains the purpose of bias incident reporting, saying that “bias incidents are situations that may not rise to the level of a criminal act, but still clearly communicate offensive or derogatory behaviors,” and that the university’s goal is to address, and if possible prevent, such actions.

“We recognize that bias incidents are upsetting for the entire campus community, but especially for the target(s) and witness(es) of these incidents,” he concludes, attaching a list of the various resources the university provides to help students cope with their trauma.