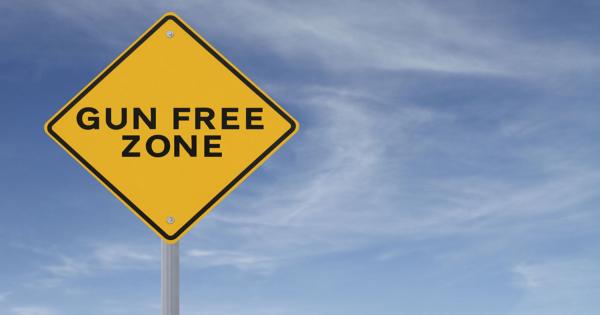 The faculty of the Florida State University College of Medicine recently joined Congressional Democrats and others in declaring their opposition to campus carry legislation in Florida.

Associate professor Daniel Kaplan, who also serves as chairman of the Faculty Council Executive Committee, announced Wednesday in an open letter published by the Tallahassee Democrat that 80 percent of the college’s faculty had voted in favor of registering their collective opposition to proposed legislation ( HB 4001/ SB 68) that would allow holders of concealed carry licenses to exercise their Second Amendment rights on public college and university campuses in Florida.

"...increased access to guns on campus is likely to increase alcohol-related violent acts, injuries, and deaths.”

“We do not believe there is scientific or empirical evidence that having students carry guns on campus will reduce the threat of a shooter on campus,” Kaplan asserts without citation. “In fact, we believe that having students have guns on campus will likely increase the risk of the much more common accidental shooting or shooter using a gun in an argument or under the influence of alcohol or drugs.”

Kaplan also observes that “suicide is the leading cause of death among college students,” claiming that one in 10 college students has made a plan to commit suicide, and that seven of every 1,000 take such a plan to fruition each year. If campus carry were to pass, he predicts, the rate of completed suicides could rise.

“Putting easy access [to] guns in the hands of college students will likely have [sic] an increase in completed suicides,” he submits, the formulation a stark reminder that he is not an English professor.

“The rate of problematic alcohol use on college campuses is widespread, which is directly tied to assaults, injuries, and suicide,” he continues, drawing a connection between his previous arguments (while simultaneously demonstrating that he is not a math professor, either). “Again, increased access to guns on campus is likely to increase alcohol-related violent acts, injuries, and deaths.”

The letter concludes with an attempt to straw-man advocates for gun rights by arguing that anyone who supports restrictions on firearm ownership for mentally-ill individuals should for the same reasons oppose campus carry.

“Even staunch supporters of expanding access to handguns believe that guns should be kept out of the hands of those with mental illness,” Kaplan writes. “Unfortunately, the highest rate of mental illness of any age group is the college-age group: 18 to 25 years of age.”

Each of the points raised by the medical school faculty echo those made in a letter sent to Florida’s House Speaker and Senate President earlier this month by the state’s Democratic representatives to the U.S. House.

Like the FSU professors, the legislators also evoke the above-average rates of binge drinking and mental illness among college students as implicit arguments against removing existing restrictions on the possession of firearms, though they also take the matter a step further by suggesting that police officers might have difficulty identifying the perpetrator during an active shooting scenario if students are allowed to arm themselves on campus.

Despite omitting that final argument (albeit probably not out of a sense that it would take them too far beyond the scope of their expertise), the medical school faculty makes their opposition to campus carry unambiguously clear, joining FSU’s president and Faculty Senate, which adopted similar positions earlier this year.

“We urge our legislators to make this decision on the available evidence, and not be swayed by the gun advocates and the NRA,” the medical school statement concludes. “We also strongly urge additional research funding at the state and national level in order to get scientific evidence of the best way to reduce gun violence and injuries.”

Not everyone agrees with the faculty’s assessment, however. FSU student Shayna Lopez-Rivas, who was raped at knifepoint last year on campus, made an impassioned plea in the Tallahassee Democrat for the legislature to pass campus carry so that she would be able to defend herself in the future.

Having failed to stop her attacker with pepper spray, Lopez-Rivas underwent concealed carry classes and marksmanship training shortly after the incident, believing that a handgun would prove a far more effective deterrent.

“I undergo continuous tactical training and I’m entering shooting competitions. I am a trained and well-armed woman,” she wrote. “I will not be a sitting duck for a rapist or a shooter on a university campus that claims sovereign immunity when it cannot protect its students and continues to insist that students should not be able to protect themselves.”