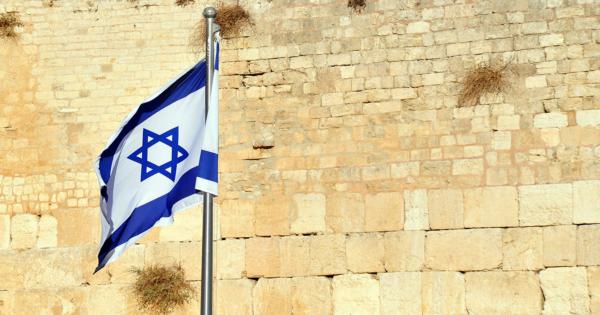 A University of Maryland history professor issued a public appeal Sunday to colleagues in the American Historical Association, urging them to reject a resolution that he describes as a politically-motivated indictment of Israel.

“The resolution to be discussed at the upcoming annual meeting of the American Historical Association (AHA) essentially is an indictment of the policies of the government of Israel towards Palestinian universities in the West Bank and Gaza,” Prof. Jeffrey Herf, whose academic specialty is twentieth century German history, writes in an op-ed for History News Network.

“Many of us who oppose this and similar resolutions have done so because we believe that the AHA is a scholarly, not a political organization,” he added, noting that when an identical resolution came up at last year’s summit, “we successfully argued that as historians we have neither the knowledge nor expertise to evaluate conflicting factual assertions about events in Israel, the West Bank and Gaza.”

The resolution, which will come up for a vote on Saturday, is also opposed by the Alliance for Academic Freedom, a group consisting of “over [sic] 120 liberal and progressive scholars” that claims to criticize the Palestinian and Israeli causes objectively, with a particular emphasis on opposing academic boycotts and blacklists.

After outlining the AHA’s (hoped-for) support for the principles of academic freedom in general, the resolution lists several complaints against Israel, accusing the country’s government of systematically depriving Palestinian scholars of intercourse with the wider world, and of destroying educational institutions during conflicts with Palestinian terrorist groups.

“Israel’s restrictions on the movement of faculty, staff, and visitors in the West Bank impede the regular functioning of instruction and university activities at Palestinian institutions of higher learning,” the document asserts, for instance.

The resolution also claims that “during its siege of Gaza in 2014, Israel bombarded 14 institutions of higher learning, partially or completely destroying nine of them, including the Islamic University of Gaza, which houses the Oral History Center.”

More provocatively, it goes on to allege that “the Israeli military routinely invades university campuses in Jerusalem and the West Bank,” and pledges the AHA to a toothless condemnation of each of the restrictions listed.

In an effort to counter the resolution's contentions, Prof. Herf reached out to the Israeli Embassy in Washington, D.C. and obtained a statement refuting the allegations against it.

“The accusation that Israel arbitrarily limits the entry of foreign nationals who are visiting to lecture, teach, or attend conferences at Palestinian universities is baseless,” the Embassy memo states emphatically. “There are no restrictions on foreign academics teaching in the West Bank.”

The memo explains that there are exceptions for individuals who represent “exceptional security concerns,” but maintains that it abides by the “routine procedure” outlined in its interim agreement with the Palestinian Authority.

As further evidence that it has not imposed the restrictions detailed in the AHA resolution, the Embassy points out that between 2005 and 2015, undergraduate attendance at Palestinian universities nearly doubled (from 129,000 to 209,000), while graduate student enrollment increased from 14,000 to 36,800 and faculty grew from 3,700 to 6,880.

The Embassy is even more comprehensive in addressing the allegation that the Israeli military had bombed and “invaded” Palestinian universities, outlining in detail how the terrorist group Hamas has used civilian facilities—including universities—as bases for military assets since taking control of Gaza in 2007.

“Regarding the attack on the Islamic University in Gaza,” the memo adds, “Israeli military intelligence officials learned that the University was being used by Hamas for building, testing, and launching of rockets from locations within the University grounds.”

Herf states in his column that while he personally finds the Embassy’s arguments plausible, AHA members do not need to accept the validity of that case in order to oppose the anti-Israel resolution, they merely need to “acknowledge the limits of our ability as historians to reach a judgment about the facts in dispute.”

History News Network reports that when an identical resolution was debated at last year's conference, it was defeated in a “surprisingly lopsided” vote of 51-144, which is also recounted extensively by Legal Insurrection.

Supporters of the resolution did receive a consolation prize, however, with the organization’s outgoing president announcing that her successor would devote half of her presidential sessions to the Israeli-Palestinian controversy, though the declaration also prompted a smattering of complaints from the crowd.