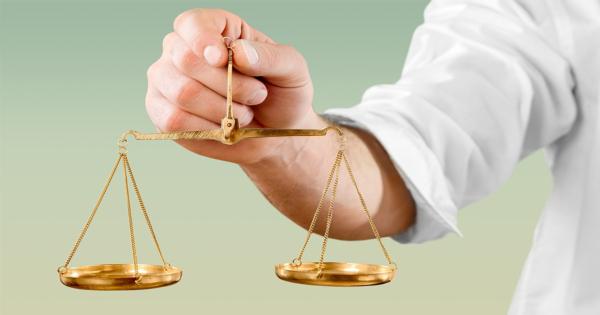 Two professors from the University of Louisville’s Brandeis School of Law claimed in a series of op-eds Sunday that the school’s commitment to social justice constitutes a “liberal agenda.”

“Since 1846 the law school at the University of Louisville has provided nonpartisan space for individuals to teach, discuss, and research matters of law and public policy,” Professor Luke Milligan states in an op-ed for the Louisville Courier-Journal. “Unfortunately, this long run of institutional neutrality seems headed for an abrupt end.”

"[P]eople hear these terms in a legal or political context and think ‘liberal orthodoxy’."

The reason for that dire assessment, he explains, is the school’s decision to begin handing out promotional materials to incoming students and faculty proclaiming “its institutional commitment to ‘progressive values’ and ‘social justice’” in conformity with a pledge made in 2014 following a divisive faculty vote.

Milligan complains that the endorsement of social justice amounts to “[giving] the state-funded law school an ‘ideological brand’,” which he calls “misguided” in light of the controversy the topic engenders.

“While terms like ‘social justice’ and ‘compassionate’ might seem ‘inclusive’ to you, tens of millions of Americans disagree,” he points out, noting that “people hear these terms in a legal or political context and think ‘liberal orthodoxy’.”

Even those who support those concepts, he adds, should be wary of the threat to academic freedom posed by institutional commitments to any divisive idea, particularly one that involves “formally prioritizing liberal orthodoxy in an array of university matters (including research, hiring, and student scholarships).”

Milligan’s opening salvo was met almost immediately with a response, also in the Courier-Journal, from fellow Brandeis professor Sam Marcosson, who says he is “deeply disappointed and frankly embarrassed” by the “misleading” column written by Prof. Milligan.

“The premise of Professor Milligan’s polemic was that identifying the law school as a compassionate institution is somehow a ‘partisan’ stance that takes sides in ideological wars in which he believes a law school should not take sides,” Marcosson recounts, retorting that the corporations and charity organizations who have similarly signed on to the Compassionate Louisville Initiative would likely be “surprised” to learn that “they have all taken sides in the culture wars or been somehow partisan.”

In fact, Marcosson declares, “I do not believe it ever occurred to anyone who proposed this at the law school or voted for it that it had any ideological or partisan content at all,” but that the decision was instead motivated merely by a desire to produce more-compassionate graduates.

Ditto the commitment to social justice, he says, arguing that neither faculty members nor students are “forced to adopt or agree with one vision of what compassion means, or what serves the cause of social justice.”

Yet Professor Russell Weaver disputes Marcosson’s portrayal of the matter in one last rebuttal, countering that “to suggest that the law school has not adopted a partisan social agenda, and that it has not labeled non-liberals ‘outsiders,’ is (at the very least) wrong and misleading.”

While he has no objection to promoting compassion, per se, Weaver claims “there is ample evidence that the law school has veered to a partisan agenda,” and proceeds to relate several examples.

During a series of diversity trainings conducted by the law school, for instance, Weaver asserts that “faculty, staff, and students were instructed to identify their religious beliefs, sexual orientation, and disabilities, and attendees were ordered to clap enthusiastically (it was made quite clear that silence or even polite clapping was simply not acceptable).”

At the close of last semester, moreover, Weaver relates the tale of an unnamed colleague who was so “deeply troubled by the liberal branding of the law school” that he issued a challenge to students on the final day of classes to take the lead in developing their own political views, rather than relying on what they are told by professors.

“When the interim dean found out about the statement, she did not adopt a strong pro-free speech stance, or emphasize the importance of free speech and the exploration of ideas in a university environment,” Weaver laments. “Instead, that very day, she marched over to file a complaint with university officials regarding the statement, and she then sent the faculty member an e-mail ordering him to schedule an appointment with the officials.”

Weaver points out that Justice Brandeis, the school’s namesake, spoke forcefully against suppression of contradictory viewpoints, but goes on to speculate that, “in a mindless vacuum, where administrators think that they can order faculty, staff, and students to enthusiastically clap in robotic fashion in diversity sessions, and faculty believe that they can treat taxpayer-funded institutions as vehicles for promoting their own personal social agendas, perhaps the interim dean’s actions should not have come as a surprise.”