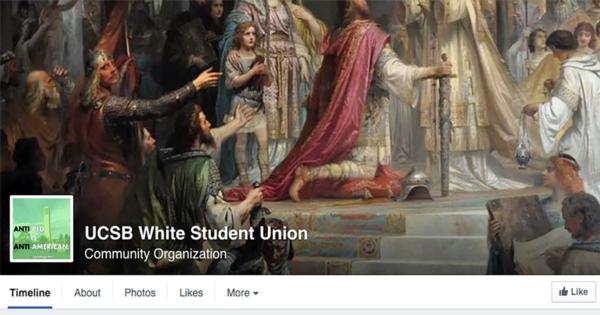 The Graduate Students Association at the University of California, Santa Barbara is upset that white students are mimicking the tactics of racial activists, and demands that the school protect students from hate speech.

“The Graduate Students Association of UC Santa Barbara stands in solidarity with student activists opposing discrimination on campuses around the country and taking political action to achieve equity on campus,” the GSA declares in an open letter published Friday in The Daily Nexus.

“We uphold UC’s principles of diversity, inclusivity, compassion, and educational equity for all, and we expect the University to assist our and other students’ efforts to make these principles a reality,” the missive continues, specifying that the GSA’s members “applaud the recent efforts of students across the nation to oppose racial discrimination on their campuses and in their communities … [and] recognize the inequalities of a system of structural racism and elitism that prevents too many from achieving a college degree.”

[RELATED: MAP: ‘Stand with Mizzou’ demonstrations spread to campuses across the country]

Without providing specifics, for instance, they cite “recent attacks on Black Lives Matter (BLM) activists both on and off campuses … and other evidence-supported claims by the BLM network(s) and associated movements,” which they say “reveal a continuing, significant, disproportionately high level of violence against people of color.”

The GSA also takes issue with “the rise of so-called ‘white student unions’ that allege discrimination toward ‘people of European descent’ and are, by definition, white supremacist hate groups.”

According to the letter, such groups “seek to shut down serious debate about the growing problem of institutional racism in our schools, courts, housing, and local governments” as part of a larger effort to “hijack national debate on the murder of people of color through aggressive policing by instead alleging racial discrimination toward white people.”

As an example, they point to the controversy surrounding a White Student Union Facebook page at UCSB, which they say focused primarily on whether it was a hoax and whether attempting to shut it down would be a violation of free speech, and conclude that “through alleging that any response constitutes an infringement of free speech, white supremacists are seeking to shut down criticisms of their racist organizations through automatic allegations of censorship.”

The tension created by such incidents, the letter asserts, “is compounded by white supremacists’ calls for a white student walkout and rally at the UCSB Multicultural Center.”

According to the UCSB White Student Union’s Facebook page, the walkout scheduled for Tuesday at noon is part of the group’s campaign to “#respectfullycomplain” that the school has not met the list of demands it issued in December lampooning a substantially similar ultimatum from black students.

WSU supporters plan to march through campus to the UCSB Multicultural Center while chanting “ant-PED [people of European descent] is anti-American,” and say they hope their actions lead to “a change for the better treatment of white identities and PED at UCSB.”

In response to the rally, the GSA “announces its formal opposition to this ‘white student union’ and any other hate groups that predicate their cultural identity on violence and the denial of the multi­culturalism at the heart of our University.”

Not content to merely stake out its position on the matter, the GSA not only urges other students to “join us in solidarity,” but also delivers some demands of its own to administrators.

“We demand that university administration formally investigate this online white supremacist hate group in order to ascertain whether the motives for its inception violate the principles of community at UCSB, as well as our student and faculty codes of conduct,” the group says. “We additionally demand that university administration remain vigilant with regards to any such organizations appropriating our community and values … [and] actively protects students from harassment, stalking, cyber­stalking, or any form of hate crimes and hate speech.”

The GSA notes on its Facebook page that the letter was ratified by a vote of the GSA Assembly at its January 12 meeting, but does not reveal how many votes were cast for and against adopting the statement. Previously, the group hosted a special town hall open only to graduate students on January 5 in order to discuss the draft statement and forward a recommendation to the GSA Assembly.