OU prof. says youth approval of Sanders is 'symptom of our failure to educate’ 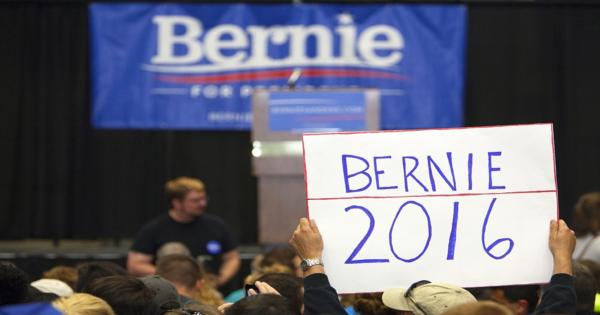 David Deming, a professor of arts and sciences at the University of Oklahoma, called the gravitation of millennials towards Bernie Sanders a “symptom of our failure to educate them” in an op-ed published Saturday.

“It's disheartening that an avowed socialist is a viable candidate for president of the United States. Socialism is a dead end. For hundreds of years, it has failed everywhere it's been adopted. The enthusiasm of our youth for the candidacy of Bernie Sanders is a symptom of our failure to educate them, not only in history, government and economics, but also basic morality,” Deming wrote.

"Socialism is a dead end."

Deming referenced the Soviet regime and the rise of Hugo Chavez in Venezuela as examples of the political inadequacy of socialism.

“You don’t have to be a student of ancient history to know socialism doesn’t work. The collapse of the Soviet Union in 1989 was an unequivocal demonstration of the moral and economic superiority of capitalism,” Deming argues. “The misery caused by socialism is unfolding today in Venezuela. Since Venezuela embraced socialism in 1999, poverty, crime and corruption have all increased. Grocery shelves are empty and the annual inflation rate is estimated to be as high as 200 percent.”

“Under capitalism, goods and services are distributed through private, voluntary exchanges. When people engage in volitional transactions, everyone benefits. If we believe a transaction is in our best interest, we have an incentive to maintain good relations with those with whom we're trading. Thus a society based on freedom and trading promotes good will and civility. Our free-market system has produced the greatest prosperity in human history,”he wrote.

Deming supported his argument by drawing attention to the economic injustice of socialism. Socialism, he argues, takes advantage of industrious citizens but rewards the indolent members of society. Deming didn’t shy away from criticizing the current practice of capitalism in America, either, calling government leaders “crony” capitalists who are as equally unjust as socialists.

“This is nothing more than socialism that benefits the wealthy and influential. It’s just as wrong as any other form of socialism,” he wrote.

The cure is not socialism, Deming said, but a distribution of power to local and state levels.

“Socialism isn’t so much a legitimate economic system as it is a moral failing,” he wrote. “It will always exist because ignorant people will always want something for nothing.”