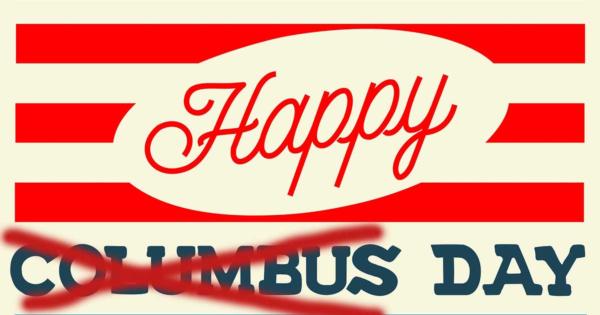 “The faculty of Brown University amended the Faculty Rules and Regulations to change the designation of the second Monday of October from Fall Weekend to Indigenous People’s Day,” the university announced in a press release Tuesday night, claiming that the new name will “recognize the contributions of Indigenous People/Native Americans to our community and our culture and foster a more inclusive community.”

The same body that approved the change, the Faculty Executive Council, had previously voted in 2009 to “eliminate the formal observance of Columbus Day,” and instead designate the holiday as “Fall Weekend” on the academic calendar so as not to endorse a celebration of a man who has been accused of “genocidal” colonial policies.

That attempt to obfuscate the holiday’s namesake, however, did not go far enough to suit many activists at Brown, such as the Native Americans at Brown student group, which submitted a petition last October asking the Brown University Community Council (BUCC)—“a university-wide body for discussion and advisory recommendations on issues”—to rename the holiday once again.

The BUCC subsequently endorsed the motion, forwarding it to the Faculty Executive Council for a vote. The recommendation asserted that adopting the new name would “express the need for opportunities to increase visibility of Native Americans and recognition of Native Americans at Brown,” “celebrate the contributions of indigenous communities and cultures,” and “acknowledge a legacy of displacement and oppression of Native American peoples.”

“Over the course of the fall 2015 semester, faculty, staff, and students at Brown have engaged in a series of conversations around a proposal to change the name of our current Fall Weekend holiday to Indigenous People’s Day,” explains Faculty Executive Council chairman Thomas Roberts. “In discussions prior to the vote, faculty expressed their support for the name change as an opportunity to show support for Native Americans on our campus and beyond, and to celebrate Native American culture and history.”

The impetus for renaming the holiday was inspired by controversy surrounding two opinion columns published in the Daily Herald that some students deemed “racist” because they defended the propriety of celebrating Columbus Day.

The first column, titled “ The white privilege of cows,” examines the biological differences between races, especially with respect to the influence of geography on human evolution and the contemporary consequences of that development. The second column, written by the same author, takes the argument a step further by suggesting that “all Native Americans should celebrate Columbus Day, even if they have reservations about honoring Christopher Columbus himself,” because the intercontinental trade that his voyages inaugurated has “dramatically enhanced standards of living in both the New and the Old Worlds through the introduction of food crops and technologies that had previously been unknown to one or the other.”

The columns generated outrage among some minority-student groups, two of which sent letters to the paper’s editors demanding that they retract and apologize for both op-eds. In addition, the ultimatums called on the paper to take concrete steps to improve the diversity of its staff and ensure that offensive opinions are not published, threatening to initiate a boycott if the demands were not met.