Prof. says he won’t be labeled as something ‘violent,’ so don't call him white 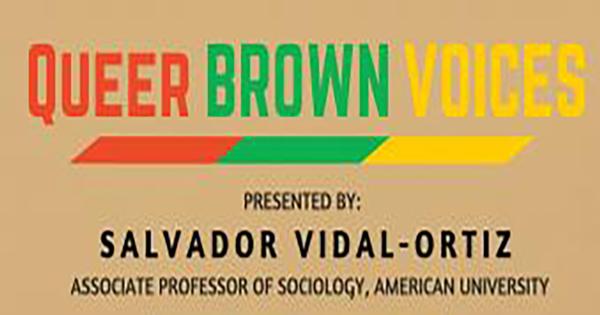 During the Q&A of a book talk at the University of Virginia, when explaining why he won’t be called white, an American University professor said he won’t be labeled something “violent.”

Professor Salvador Vidal-Ortiz was describing a situation in which an African American student called him white, and said “I may be light-skinned and we can have a conversation about that...but I will not be labeled as something that I know is violent, um, while I recognize that for someone who's African American, that's their experience.”

“I may be light-skinned...but I will not be labeled as something that I know is violent..."

Audience members laughed loudly multiple times during an interaction in which Campus Reform asked the professor, who was promoting his new book Queer Brown Voices, whether he found capitalism problematic.

The professor responded with an emphatic “YES,” and the audience laughed as the professor added, “that’s the easiest question.” After some more chortling from the audience, Campus Reform asked Vidal-Ortiz to elaborate, to which he responded “half of academia is anti-capitalism.”

When pressed further, the professor said he felt like he “should be having alcohol now,” to more laughter, before saying that book production occurs via child slavery in China and ships in the Pacific Ocean have no laws preventing the mistreatment of children, both of which he gave as examples of how capitalism has “dehumanized brown people, black people, and women all over the world.”

A student asked Vidal-Ortiz how to profit from white supremacy while dismantling anti-blackness in groups of people who gather around being brown. The professor advocated direct confrontation, saying “I notice when my white senior colleagues, like, touch me ‘cause they’re comfortable” but that these same people “keep distance with African American scholars.”

Vidal-Ortiz said he doesn’t want to feel like he’s “the slave who can get into the house.” In addressing such issues, the professor advised not fitting the narrative by getting angry, instead saying “rage, to me, seems more productive than just anger.”

Speaking one-on-one with Campus Reform, Vidal-Ortiz also expressed a favorable opinion of Black Lives Matter, saying he thought it was “an honest movement and an important movement.” He stated that “we can still trust the police, but we should all have a recording machine.”

Much of the presentation prior to the Q&A synthesized the work of other scholars in intersectional studies, with assertions including “‘Hispanic’ is a problematic category imposed by the state;” “what’s expressed as ‘white’ is often lacking,” when compared with, for example, Jennifer Lopez’s extensive posterior; and the notion that identity is malleable and that “you have sexual racialization and gendered racialization.” Vidal-Ortiz also read excerpts from his book to the audience.

The talk, which was sponsored by the Women, Gender, and Sexuality Bernard Mayes Lecture Series and the departments of American Studies, Latin American Studies, and Media Studies, had more than 50 students and faculty members in attendance, but many students came to fulfill a requirement for the University of Virginia’s Issues in LGBTQ Studies class.