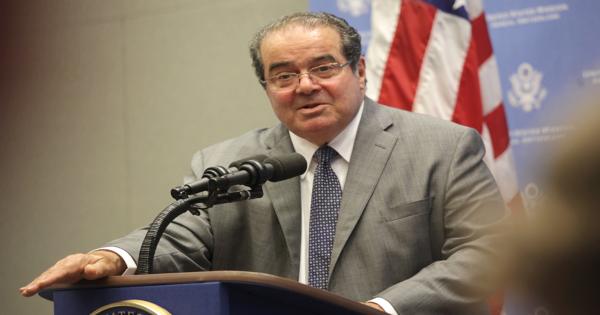 The email, drafted by Gary Peller and Louis Michael Seidman, was circulated in response to a press release from Dean William Treanor who mourned the loss of Scalia, a Georgetown alumni, and reminisced about Scalia’s visits to the campus.

"...he was not a legal figure to be lionized or emulated by our students."

“He cared passionately about the profession, about the law and about the future, and the students who were fortunate enough to hear him will never forget the experience. We will all miss him,” Treanor said in the press release.

However, Peller and Seidman were “put-off” by Treanor’s invocation of the Georgetown community, so a rebuttal email was sent to all students, faculty, and staff.

“I imagine many other faculty, students and staff, particularly people of color, women and sexual minorities, cringed at the headline and at the unmitigated praise with which the press release described a jurist that many of us believe was a defender of privilege, oppression and bigotry, one whose intellectual positions were not brilliant but simplistic and formalistic,” Peller said in the email.

He went on to say that he isn’t suggesting Scalia should be criticized on the day he died, “But he was not a legal figure to be lionized or emulated by our students. He bullied lawyers, trafficked in personal humiliation of advocates, and openly sided with the party of intolerance in the ‘culture wars’ he often invoked. In my mind, he was not a ‘giant’ in any good sense.”

Seidman told Campus Reform that it wasn’t his email that accused Scalia of bullying and bigotry, nor did he intend to send the email to the whole student body. However, he said he had no objection to Peller sending it or using those words.

“When someone purports to speak on controversial issues for the entire community, then people who disagree have an obligation to disassociate themselves from the statement. That is all that I did,” Seidman told Campus Reform.

Peller told Campus Reform the reason he sent the email campus-wide was to help give voice to the community who disagreed with how Dean Treanor misrepresented them.

Despite criticism from what Peller calls “a few” faculty and staff who objected to his criticism of Justice Scalia so soon after his passing, he said, “For the most part, [students, faculty, and staff] have expressed relief and support.”

Later on in the email, Peller said that the Georgetown community he is part of is one of tolerance, affection, and care and that they would never claim to all mourn the loss of Scalia, nor would they have, “contributed to his mystification without regard for the harm and hurt he inflicted.”

Campus Reform reached out to representatives at Georgetown Law but they said they have no comment at this time.