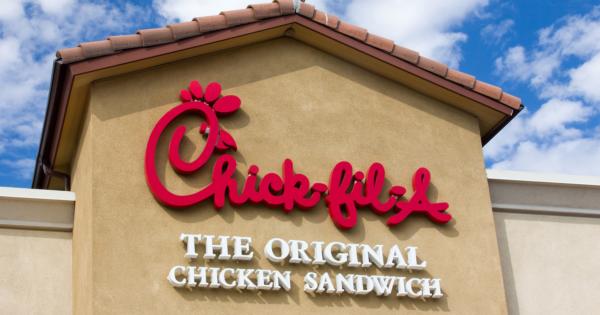 A student government resolution set to bring Chick-fil-A to the University of Nebraska Kearney (UNK) was reversed because students complained about the CEO’s support of traditional marriage.

“When we learned more about Chick-fil-A and its corporate values and discriminatory policies, and after hearing these concerns raised by a section of our student body, we concluded that these corporate values are not aligned with our values as a student body, and it is not in the best interested of our UNK community to pursue Chick-fil-A right now,” UNK student government president Evan Calhoun wrote.

"[W]e concluded that these corporate values are not aligned with our values as a student body..."

In a survey administered in January, a majority of the student body elected to bring a Chick-fil-A to campus over other fast food options. Some students, however, disagreed with the decision because of Chick-fil-A CEO Dan Cathy’s defense of traditional marriage. Cathy’s company took a hit back in 2012 after he stood up for traditional marriage in an interview on The Ken Coleman Show.

“I pray God’s mercy on our generation that has such a prideful, arrogant attitude to think that we have the audacity to define what marriage is about,” Cathy said.

According to The Daily Wire, many UNK students are outraged with Calhoun’s decision to reverse the vote. One student, Trevor Wiegert, is urging his school’s student government to reconsider the reversal.

“I think it is ridiculous and appalling that this is a situation we are faced with as a campus and student body, due to the preconceived notions of a very small minority. This is a country that was built and has thrived on the notion of free speech. Taking a man’s opinion on his belief in the traditional family and construing it to supposedly encompass his entire company’s corporate values and discriminatory policies in order to feel ‘safe’ or like you’re not being ‘persecuted’ is simply asinine,” Wiegert wrote to the UNK student senate in a letter obtained by The Wire.

Wiegert claims opposition to Chick-fil-A was led by a small cohort of UNK students who do not represent the student body as a whole.

Another student, Aaron Ohri, called the decision a “slap in the face” to Christians on campus who may agree with Cathy’s stance on marriage.

“Your e-mail on why Chick-Fil-A does not ‘Align with our student body values,’ and that this is why it cannot be a restaurant on this campus, is a complete and total slap in the face to many of us on this campus who believe that Chick-Fil-A is not wrong in what they believe. I understand that a Christian lifestyle in this day and society is completely ‘Disrespectful’ but please do not ever again send me an e-mail speaking for the "whole student body" when you do not have a clue what most of us actually think,” Ohri wrote on his Facebook.

UNK is not the first school to consider a ban on Chick-fil-A. Last year, the Johns Hopkins University Student Government Association demanded the university consider “non-discriminatory alternatives” to Chick-fil-A because the chain’s support of traditional marriage was taken as a “microaggression” against the LGBT community.

Several other schools have voted on resolutions calling for the removal of Chick-fil-A from campus, including Elon University, Davidson College, the University of New Mexico, New York University, and Wichita State University.

One professor at Eastern Illinois University even called an on-campus Chick-fil-A a symbol of “hate.”

The student government at UNK has decided to hold a forum next week to discuss the issue. A final decision is expected to be made on Thursday.