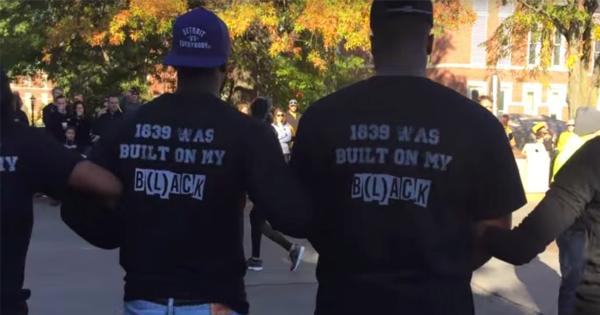 Student activists at the University of Missouri (Mizzou) re-released a list of demands earlier this week but university administrators are not responding as they had hoped.

“...there are things, like.. admitting students based on protected characteristics to meet a numerical target, will not and cannot be done."

“If you sincerely want better relationships, the time for demands, threats and arbitrary deadlines is over — you don't need them,” Interim Vice Chancellor for Inclusion, Diversity, and Equity Chuck Henson wrote in a letter. The letter was addressed to a student activist group known as “Concerned Student 1950 (CS 1950),” which was responsible for the student protests in the fall that led to the resignation of former Mizzou president Tim Wolfe.

“I have invited you to come see me. However, as of yet we haven't met. Had you accepted my invitation to meet face-to-face, you would already know the answers to most of the issues raised in your recent communication,” he continued.

Henson stands firm on the school’s decision not to hire faculty or staff, or even accept prospective students, solely on the basis of race.

“[If you had met with me] you would also know that there are things, like hiring faculty or staff, or admitting students based on protected characteristics to meet a numerical target, will not and cannot be done. It is against state and federal law. It also is a bad model for a sustainable community,” he wrote in a letter to CS 1950.

Mizzou System Interim President Mike Middleton, according to The Missourian, joined Henson in saying that “the time for demands has passed.

CS 1950 has largely gone unchallenged in their actions, and were repudiated for the first time in a letter by Wolfe last month.

Other repercussions from the initial protests last year are also coming to the forefront, most recently with the firing of communications professor Melissa Click this week.

“The board respects Dr. Click’s right to express her views and does not base this decision on her support for students engaged in protest or their views,” the Board of Curators said in a statement confirming Click’s termination. “However, Dr. Click was not entitled to interfere with the rights of others, to confront members of law enforcement or to encourage potential physical intimidation against a student.”