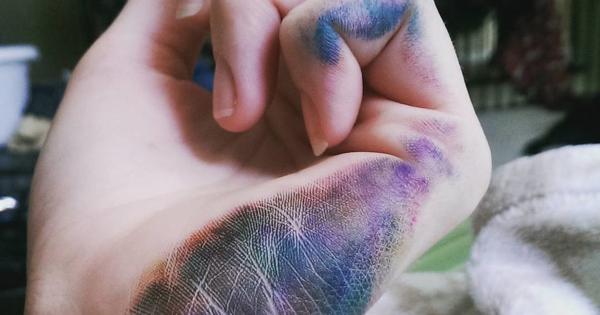 A University of New Orleans student government executive argues that aside from white males, college students, U.S. citizens, and even right-handers need to “check their privilege.”

Darius Miner, who serves as Chief Justice of the UNO Student Government Association (SGA), claims in an op-ed for The Odyssey Monday that in order to effectively fight injustice, individuals must acknowledge a greatly expanded definition of “the dominant and advantaged groups” in our society.

“If any of these titles/identities/labels apply to you... check your privilege!"

“We all have a role or play a part in the way ourselves and our fellow people are treated,” he asserts. “If you think that you don't have a role or a voice, think again.”

Miner then proceeds to identify seven categories of privilege, beginning with those that have already been targeted by others in the social justice movement and then adding several new characteristics of his own, each with instructions on how to “check” that particular privilege.

He encourages men, for instance, to “acknowledge the fact that a woman makes 77 cents per your dollar and that in business or political settings your identification is more dominant and treated more respectively [sic],” which he suggests would dissuade men from “[trying] to control what women choose to do with things that happen inside of their bodies.”

More generally, he reminds males that “you are allowed to have an opinion,” but asks them to “please reflect on your privilege whenever you form or express those opinions first.”

Next, Miner identifies not just heterosexuals, but also “cisgender” individuals as being privileged, emphasizing in both cases that popular culture prizes “traditional” sexual and gender roles, and asks readers to “work towards change” so that non-traditional roles can become more widely accepted.

He also addresses whiteness, which he says is “probably the most prevalent topic in terms of privilege,” because “thanks to systematic and institutional racism white people are treated and represented as the most prominent group in America.”

Miner is somewhat vague in his prescriptions for white people, saying only that they must “work toward equality,” but adds specificity in a footnote claiming that “colorblindness and dismissal of a person’s race is not a solution … and in fact helps racism become more prevalent as this silences the issue of racism.”

Finally, Miner introduces three new types of privilege: those enjoyed by college students, citizens of the U.S., and right-handed people.

“I'm not saying you didn't work hard to earn your spot at your university,” he says, addressing the students. “But the fact that you can pay, somehow, thousands of dollars every year to attend a higher education institution is a privilege.”

He concedes that many students graduate with debt, but contends that the ability to take out that debt in the first place is a privilege, opining that “education, on all levels, should be a right, but until America plays catch up [sic], check your privilege.”

American citizens, he continues, should recognize that “human civil rights and freedom of choice are a privilege that many people don't have in foreign countries,” remarking that “we often feel entitled to invite ourselves to other countries without a problem or hesitation whenever we are upset with our government yet want to close the door on foreigners seeking refuge.”

Lastly, Miner calls on right-handed people to check their privilege, observing that “I didn't realize for a while that nearly everything is structured for convenient use by right[-]handed people, from school supplies to the structure of houses,” and that left-handers often have to deal with discomfort as a result.

“Don't try to silence a left-handed person who complains about scissors hurting their hand or how uncomfortable school desks are to sit in, or the struggle of having dirty hands from writing in pencil,” he advises righties, adding that they should also support increasing the number of left-handed desks in classrooms.

“If any of these titles/identities/labels apply to you, acknowledge the privilege you have because of this title,” Miner concludes. “Then, learn how you can be an advocate to help the corresponding oppressed groups, and then fight for the equality of every other oppressed group.”