UVA panelists ponder whether 'trigger warnings' are 'empowering' or 'alienating' 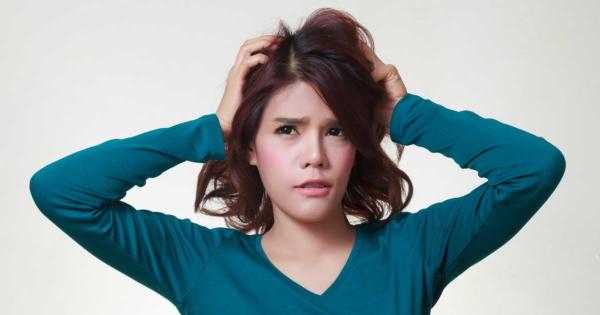 At a University of Virginia panel last Thursday, panelists discussed a hierarchy of people supported by trigger warnings, noting that trigger warnings sometimes exist for content relating to sexual assault, but not material concerning racism.

Moderator Claire Raymond asked the panelists if there is “a kind of hierarchy of people who are supported and not supported” by trigger warnings.

"I have no idea what one does with that."

History professor Jeff Rossman thought so, saying “suppose you’re a student who had an experience with homelessness…we can’t, I don’t think, practically speaking, we can’t sort of have a warning for all of that and yet we are also conveying certain priorities by sort of automatically putting trigger warnings for certain types of material but not for others.”

“I have no idea what one does with that,” Rossman said.

A lack of answers seemed to be a recurring theme with the panelists. Purdom Lindblad, head of grad programs at the UVa Scholars’ Lab, said the debate about trigger warnings and the classes being taught “comes down to a point where we have to ask ‘is it harder to tackle really difficult, complex, horrible material or ignore it out of existence?’...I don’t have the answer.”

Lindblad noted that “the benefits of a trigger warning allow empowerment” but that it could be “potentially alienating” for triggered students to leave classrooms. She has taken to telling students to leave they need to go to the restroom of sneeze so that they “don’t have to, like, admit to any kind of discomfort by standing up and walking out the door.”

On the subject of sensitivity, the Scholars’ Lab grad head also said that, by using the word “victim,” “the Library of Congress subject headings can be really distasteful to actual people who consider themselves survivors of sexual assault,” insisting that “there’s a way of making sure that the archive doesn’t classify people in any way.”

UVa Scholars’ Lab design architect Jeremy Boggs said trigger warnings before potentially traumatic content provide “a moment of reflecting to be serious with the material that’s about to be presented.”

“I’ve tried to stop saying things like ‘you’re crazy’ or ‘that’s insane’…it’s easy to find a different word for that in a way that could actually benefit even in some small way people who actually have some sort of mental illness,” Boggs said.

Boggs said that he liked Rossman’s idea of using content warnings instead of trigger warnings, explaining that, by doing so, “you’re actually, in a lot of ways, being thoughtful about people who get triggered by some things.”

During another segment, Nicole Ruzek, who works at the University’s Counseling and Psychological Services, said that there are “more students seemingly in distress because if you look at enrollment rates and then the number of students coming to the counseling center, it’s outpacing [the enrollment rate] by five times…not just at UVa but at colleges across the country.”

Ruzek suggested the rate of students needing counseling may be due to an increase in enrollment of students who are on either medication or psychotherapy, or have had “helicopter” or “snowplow” parents, all of which would make students less independent.

Women’s Center counselor Catherine Erickson said trigger warnings are “valuable to the degree that it will help someone feel that they have a choice.” She explained that traumatized students who receive trigger warnings will have a choice on whether to proceed on websites or attend class.

When Campus Reform noted that the content of media texts existing for generations is now being questioned, asking panelists if works like Tom Sawyer should have trigger warnings and why previous generations have not needed them, several panelists responded.

Though none directly addressed whether they thought works like Tom Sawyer should have trigger warnings, Rossman noted that reading the n-word would be more “shocking” twenty years ago than a half-century or more ago while another panelist mused “does autonomy mean people looking out for you so that you don’t trip or does it mean learning to watch the ground when you run?” Lindblad said that “even if you’re not traumatized,” trigger warnings help one “understand why somebody else might be and become a little bit more empathetic.”

The event was sponsored by Common Good, the University of Virginia Library, and the Maxine Platzer Lynn Women’s Center at UVa and, aside from this author, had a total of seven audience attendees, two of whom were not present for its entire duration.