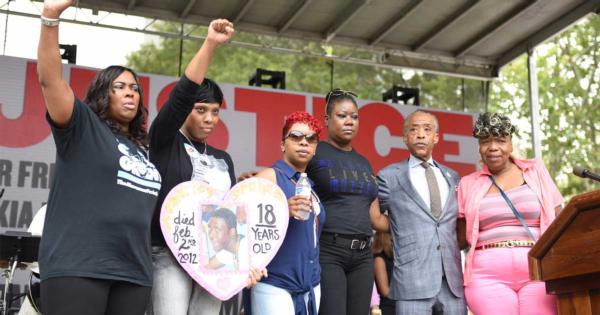 An emeritus professor at Denison University (DU) says he is “annoyed” and “irritated” at “white Americans” who chant “All Lives Matter,” because it “betrays a covert, if not overt, white racism,” and that they need to “purge [their] white privilege.”

Ronald Santoni, an emeritus professor of philosophy at DU, argues in an opinion column for Cleveland.com that white people still don’t get it and that their cries of “All Lives Matter” has the “sound of noble inclusiveness.”

“Their response reveals a failure to know American history; a refusal to recognize the distinctive pain that...blacks and people of color have suffered; and a sign that too many whites wish to ignore the cancerous white supremacy that has wrought division and conflict in the United States since its birth,” Santoni says.

He asks why “black bodies” are not treated equally on the streets, schools and universities, or in “our white-invented and white-sustained system of ‘justice.’”

Santoni told Campus Reform that he thinks students, generally speaking, aren’t doing a good job addressing these racial issues, though he mentions DU’s president, Adam Weinberg, and some students and faculty who have been supportive.

“But on the whole, white students, and many faculty, at predominantly white institutions still don’t seem to get it,” Santoni explained to Campus Reform, “They are trying, but fall short. Capitalism raises its ugly head here, too.”

He postulated that universities are too concerned with raising money and not offending benefactors by being too liberal or radical.

Santoni says that while white people are “lost” in the American dream, “[for] blacks and other persons of color, this dream has hardly been their general expectation or lived reality. Rather...they have constituted the poor, the humiliated, the marginalized, the violated, the oppressed.”

He argues that for blacks, the American dream is a monstrous lie that gives false hope.

“Black people remain stigmatized, sub-humanized, and victimized. White privilege still dominates. Yet, too often, we, the white privileged, are in denial regarding it,” Santoni says.

“Purge your white privilege and feeling that you are superior,” Santoni told Campus Reform.

Constantine Politis, co-president of DU’s College Republicans, told Campus Reform that Santoni and Black Lives Matter are only pitting people against each other and sharpening racial lines.

“It is as improbable as it is laughable, to imply that to magically end racism, white Americans must apologize for being white,” Politis says.

His solution to the problem is for all white people to face reality and to put aside “undeserved arrogance” and “pretenses” of the American dream. He tells them to “acknowledge our complicity in segregating and pillaging black bodies.”

“To students, especially fraternities, I say, ‘Moderate your thoughts about sexual conquests, parties, and the good life, and resolve to make our society and world a place in which all people can live as equals,’” Santoni told Campus Reform.

He says that universities and colleges need to make sure that every student knows the history of blacks in America, “[a]nd this should be stressed continually as an essential part of what a college requires as an institution and asks of every student.”

Santoni explains that a good place to start would be to love your neighbor, “Rather than applaud and support...the boisterous, racist, exclusivist, and dehumanizing exhortations of the clownish Donald Trump and followers, which, if enacted, may ruin America, if not the world, forever.”

Politis retorts that university professors all too often preach this type of attack on white privilege.