Stanford students complain that rape stats are too low 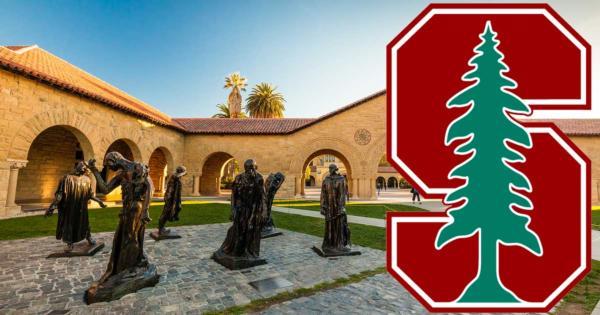 Stanford University faculty and students are sparring over their school’s sexual assault statistics, saying the low numbers are a product of a faulty definition of abuse rather than an actual absence of a problem.

As it stands, Stanford’s current “ Campus Climate Survey” reports that only 1.9 percent of male and female students were sexually assaulted when the survey was last administered.

“Any ‘problem’ with definitions of sexual assault is likely to lie with the universities that find inflated numbers and not with Stanford, which apparently has to date maintained a reasonable definition that is not inappropriately broad.”

“Out of 9,067 survey respondents, 1.9 percent indicated having experiences since starting their degree programs at Stanford that were categorized as meeting Stanford’s definition of sexual assault, which is based on California’s criminal rape and sexual offense statutes,” the survey explains.

Consequently, earlier this year, a measure to replace Stanford’s “Campus Climate Survey” with a survey created by the Association of American Universities was placed on the spring ballot, with 90 percent of students voting favorably. The motion, however, was ultimately rejected by the administration, which continues to insist on the credibility of its current survey.

Under Stanford’s current survey, an instance qualifies as sexual assault if the victim was incapacitated, and/or the perpetrator threatened or used force or violence. This means, the Huffington Post explains, that if a person is sexually penetrated without consent, but is not incapacitated and is not subjected to real or threatened force or violence, then the instance does not constitute sexual assault—the assumption being that non-consensual sex would necessarily require force or violence, or at least the threat thereof.

Nonetheless, professors and students alike are frustrated with the administration’s insistence on keeping its current survey, and continue to argue that the outlined definition is skewing the school’s sexual assault data.

The definition produced an “unrealistically low reporting of the number of students who have experienced sexual assault,” Professor Michele Dauber contended, adding, “Unless we think we have very, very much less sexual assault than our peer schools, then we ought to be getting about the business of why we got a number so much lower.”

Steven Svoboda, public relations director for the National Coalition for Men, explained to Campus Reform that Stanford actually appears to have a more reasonable handle on what constitutes legitimate sexual assault compared to its “peer schools.”

“The truth is that sexual assault, properly defined so as not to embrace other things that are not assault—such as disagreements between couples, sexuality that is consented to at the time but regretted later, and so on—is quite rare,” he said. “Any ‘problem’ with definitions of sexual assault is likely to lie with the universities that find inflated numbers and not with Stanford, which apparently has to date maintained a reasonable definition that is not inappropriately broad.”

Svoboda went on to add that such tactics unnecessarily hinder relations between men and women on campus, saying some institutions value political agendas over reality.

“To artificially inflate a number, presumably for political reasons, so that a problem of sexual assault can be claimed to be worse than it in fact is, is deplorable,” he continued. “It will impact relationships between men and women on the campus and perhaps elsewhere. It may also be a sign that certain factions place ideological goals above truth, honor, and the greater good of all of us.”

[RELATED: Campus rape culture: another chapter in the book of leftist lies]

Yet many disagree, including some former student government leaders who also joined the conversation, telling The Stanford Daily that they are skeptical of the university’s latest figures for sexual assault.

“We can no longer treat this problem as if it’s outsiders coming into Stanford,” former executive Brandon Hill remarked. “Here at Stanford it’s a crisis, and we can’t pretend like it’s not.”

Hill’s former colleague, John-Lancaster Finley, agreed with Hill, adding that Stanford’s current definition of sexual assault does not account for all the types of sexual violence students could experience on campus.

“Stanford’s particular definition of sexual assault covers a specific type of prohibited conduct, while there’s a broader category of sexual violence that people experience on this campus than reflected in that 1.9 percent number,” he said.

Student senator Matthew Cohen, who was responsible for getting the measure on the spring ballot, said he thinks the student voice was ignored and vows to continue to advocate for a new survey.

“While the university may continue to ignore the overwhelming support for a new survey, this campaign is not over,” he told the Huffington Post. “As a senator who was reelected to a second term, I will continue advocating for a new campus climate survey on sexual violence.”

Although the university agreed to reissue the survey every three years, it refuses to rework its current survey, calling it “one of the most extensive and detailed of any university.”

Indeed, the survey accounts for nearly every intuitive type of romantic contact, and asks students whether or not the contact was consensual. In most cases where a student indicated experiencing a completed or attempted act of nonconsensual sexual contact, but without a threat of force or violence and not under the influence of drugs or alcohol or while unconscious, the incident constitutes sexual misconduct rather than assault. Sexual misconduct, of course, is still punishable by law.