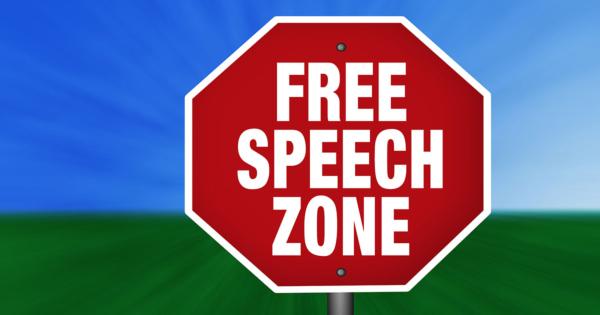 A new policy proposal by The City University of New York would limit free speech to designated areas of campus, even as other schools around the country are being forced to eliminate similar policies.

“Recent events have raised once again the issue of whether and to what extent there are permissible and appropriate limits to the free expression of ideas on a university campus.”

Students who do not adhere to the policy would face intervention from campus police officers or external law enforcement authorities, as well as disciplinary measures from the university.

The proposal has faced significant backlash from students and faculty.

The CUNY Doctoral Students Council (DSC) released a statement denouncing the policy, saying it blocks students’ ability to “gather in shared CUNY spaces, engage in peaceful protest, and participate meaningfully in their campus life,” adding that any policies limiting student expression “are an assault on the inalienable rights of free speech and assembly.”

Azhar Majeed, Director of Policy Reform at the Foundation for Individual Rights in Education (FIRE), told Campus Reform that public universities are “fully bound by the First Amendment,” and that establishing specific zones where speech can occur is “antithetical to the mission of universities.”

“Some have tried to characterize this as the establishment of ‘free speech zones’ on CUNY campuses. That is not true,” he declared. “Nevertheless, it is appropriate, and consistent with past practice, to establish reasonable restrictions as to the time, place, and manner of demonstrations.”

Majeed, however, finds that such policies are prone to “administrative abuse,” and are often used to police the content of demonstrations despite professions to the contrary by administrators.

Uneven policy application based on the content of speech “is a common danger because these policies don’t set out how they are enforced...they open themselves up to viewpoint discrimination,” he explained.

While the CUNY proposal claims it will be applied in a neutral manner, similar rules at other universities have stifled certain types of speech.

North Carolina State, for instance, was compelled to repeal its free speech zones after losing a lawsuit filed on behalf of a Christian group that alleged school administrators had treated them differently than other student organizations, even after they went through the process of obtaining a required speech permit.

The CUNY policy draft explains that “recent events have raised once again the issue of whether and to what extent there are permissible and appropriate limits to the free expression of ideas on a university campus,” though the document does not specify which recent events it is referencing.

The CUNY board will hold a public hearing to discuss the policy proposal on June 20, followed by a board vote on June 27.