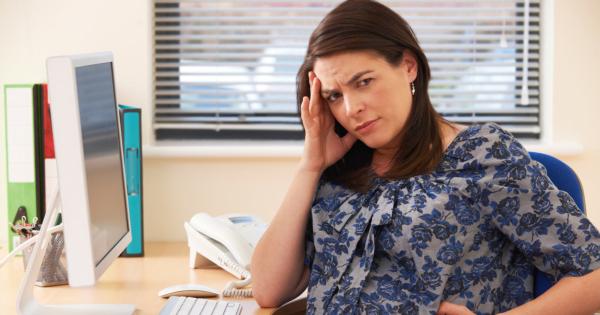 Ostensibly “gender-neutral” tenure policies designed to help women have actually ended up helping men instead, according to a new academic study.

As reported by the American Enterprise Institute, a research paper entitled “ Equal but Inequitable: Who Benefits from Gender-Neutral Tenure Clock Stopping Policies?” tested the income of male and female professors when it implemented gender-neutral clock stopping policies, which cancel out the effect of maternity leave on the acquisition of tenure.

"[T]the probability that a female assistant [prof.] gets tenure...decreases by 22 percentage points."

“After the implementation of a gender-neutral clock stopping policy,” the paper reports, “the probability that a female assistant professor gets tenure at that university decreases by 22 percentage points while male tenure rates rise by 19 percentage points.”

“The primary mechanism driving the tenure results appears to be that men publish more in top-5 journals after the policies are implemented, but women do not. This suggests that these policies cause within-university tenure standards to rise. Because women do not similarly increase their productivity, fewer are granted tenure in top-50 departments.”

“The policies actually increase the family gap in economics at research intensive universities,” the study concluded. The study extrapolated these results to other fields, arguing “[i]t therefore seems likely that these types of policies may have unintended consequences in other high skill occupations as well.”

“The central problem is that employment policies that are gender-neutral on paper may not be gender-neutral in effect,” said The New York Times. “Most women receive parental benefits only after bearing the burden of pregnancy, childbirth, nursing, and often, a larger share of parenting responsibilities. Yet fathers usually receive the same benefits without bearing anything close to the same burden.”

“Given this asymmetry, it’s little wonder some recently instituted benefits have given men an advantage.”

“It can be a particularly difficult path for women, for whom this career pressure typically coincides with prime childbearing years,” said The New York Times. “Making matters worse, while many early-career male academics are supported by stay-at-home wives, women more typically wed husbands with their own professional career pressures.”

Around four-fifths of universities have extensions available which expand the time for aspiring professors to obtain tenure, often by granting an extra year per child. This policy typically applies to both genders.

However, some schools have started to move away from treating men and women equally in this regard.

“Giving birth is not a gender-neutral event,” reasoned Alison Davis-Blake, a business dean at the University of Michigan. “Policies that are neutral in the eyes of a lawyer are not neutral in fact.”

At the University of Michigan, male faculty members must prove they need an extension in order to obtain one, said Davis-Blake.

“Three female economists have shown that the tools of economics—which enable a careful assessment of incentives and constraints informed by real-world data—suggest that a more nuanced policy would lead to better outcomes,” said Justin Wolfers, an economics professor at University of Michigan. “It leaves me wondering how many other policy mistakes we could avoid, if only we had more female economists.”