U.S. History is not a staple course for history majors at most top universities, according to a new report from the American Council of Trustees and Alumni (ACTA).

Many institutions instead specify that history majors must take classes in areas outside of the United States. History majors at Williams College have the option of taking “Soccer and History in Latin America: Make the Beautiful Game” and students at Swarthmore may enroll in “Modern Addiction: Cigarette Smoking in the 20th Century” in order to fulfill history major requirements.

According to the study, of the 23 programs that do list a requirement for US history, 11 allow courses that are narrow in scope.

“Hip-Hop, Politics, and Youth Culture in America" and “Mad Men and Man Women” are classes that fulfill the American history requirement at University of Connecticut and Middlebury College, respectively, instead of courses that cover subjects such as the Revolutionary War or the Emancipation Proclamation.

“Historical illiteracy is the inevitable consequence of lax college requirements, and that ignorance leads to civic disempowerment,” said Michael Poliakoff, ACTA’s president-elect. “A democratic republic cannot thrive without well-informed citizens and leaders. Elite colleges and universities in particular let the nation down when the examples they set devalue the study of United States history.”

While a lack of U.S. history in a history major’s curriculum may produce graduates without a well-rounded history education, the study also shows that general college graduates also have a poor knowledge of American history and civic processes.

According to ACTA’s “A Crisis in Civic Education” study released January of this year, less than 20 percent of surveyed students could accurately identify in a multiple choice survey what the effect of the Emancipation Proclamation was, and one-third of college graduates were unaware that FDR introduced the New Deal.

“Too many colleges and universities confuse community service and student activism with civic education,” the study says.

Similarly, a 2014 CBS/New York Times survey found only 16 percent of Millennials could accurately define socialism while 30 percent of Americans over 30 and 56 percent of Tea Partiers could define it, suggesting today’s “civics recession”, as ACTA calls it, has only gotten worse over time.

ACTA postulates that it’s possible undergraduate departments are hesitant to teach American history and government classes for fear of appearing to endorse “American exceptionalism,” or because of a “naive belief” that American students have even a rudimentary knowledge of American history.

“Those who do not know the history of the nation, are, of course, much more likely to view its constitutional freedoms with nonchalance.” 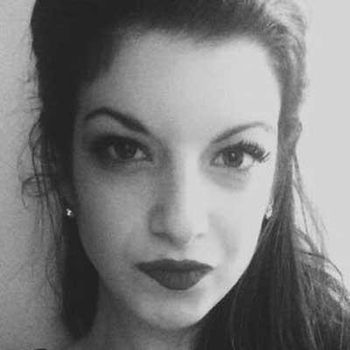