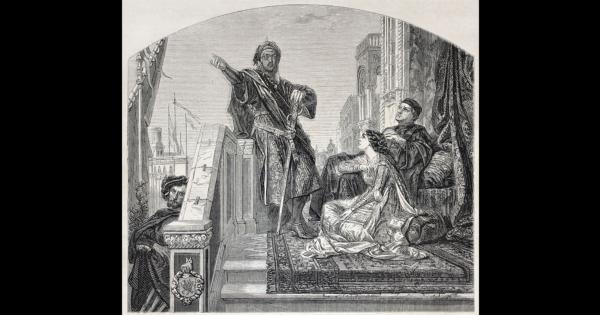 A professor compared Shakespeare’s villain Iago to a brutal police offer, a racist, and a misogynist in a recent blog post, saying that she “will never teach Othello the same way again.”

“Shakespeare would say that #BlackLivesMatter” is the title of a post published Thursday by Dr. Kristin Bezio, an Assistant Professor of Leadership Studies at the University of Richmond, on her personal blog.

“After today, I will never teach Othello the same way again.”

“Today, Iago is a suicide-bomber willing to destroy hundreds of Muslim lives for the sake of a radical nationalistic ideology,” Bezio writes. “A police officer so conditioned to believe that he has the power, the authority, and the right to make life-or-death decisions that he doesn’t care if (and in fact enjoys it when) he kills an innocent black man. Shakespeare’s Iago is a figure for what we should all strive not to be. A bigot. An extremist. A misogynist. A racist. A murderer.”

“After today, I will never teach Othello the same way again,” continued the professor. “I will have to explain to my students that we have created a society in which this play is repeated on a daily basis. In which our Santiagos kill our Othellos and our Emilias and our Desdemonas every day, whether they pull the trigger themselves or authorize someone else to do so.”

Bezio related the play’s message to the hashtag campaigns #NotAllMen and #AllLivesMatter, which assert that not all men are violent killers and that no one, regardless of race, merits being murdered by a police officer.

“By staying silent, by diminishing the scope of the problem or saying #NotAllMen and #AllLivesMatter, we enable Iago to continue to plant the (strawberry) seeds of discord and violence,” she argues. “Today, I realize that Iago is not a devil, an iconic villain who has no real-world corollary because he is too evil to be real. Iago is very real.”

She goes on to assert that “we all know Iagos, just as we know Othellos and Emilias and Desdemonas and Michael Cassios and Brabantios (black men, victims of domestic abuse, victims of sexual assault, oblivious white men, and conservative-but-nonviolent bigots, respectively),” leading her to her main point about social justice in the classroom.

“It is therefore on us, as players in this tragedy, to change the script before the inevitable self-destructive ending is upon us,” she contends. “It’s time for us to realize that we have to be the ones to rewrite our own story, our own history, to be something other than a tragedy of race and gender and identity in which everyone who has even a scrap of nobility ends up dead.”

Noting that she had always been puzzled that Shakespeare chose to end the play with Iago still alive, she says she now believes she understands “that the message of Othello is that Iago is still alive, and that it is up to us to stop him, because black lives do matter.”