BOOK REVIEW: Passing on the Right: Conservative Professors in the Progressive University 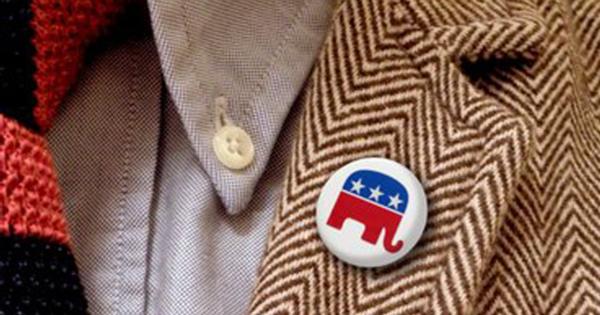 Passing on the Right: Conservative Professors in the Progressive University begins with a sobering look at political diversity in higher education.

“Conservatives are so scarce [in academia] that Marxists outnumber them.”

Despite the introduction, coauthors Jon A. Shields and Joshua M. Dunn do not intend to tell a cautionary tale, but rather hope to provide an in-depth look at the experience of conservative professors in the liberalized university.

“The portrait is more complicated...this population is more complex and complicated than both the left and the right think,” Dunn told Campus Reform. “We hope that [the book] provides a more complete picture of what the university looks like.”

Passing on the Right does, in fact, venture into great detail to paint this portrait, sharing numerous interviews with anonymous conservative professors and providing research regarding the plight of the right-wing academic.

This combination of empirical and anecdotal data provides an inside look on what it’s really like to be a conservative professor—does holding such an identity mean facing discrimination and losing friends or does it mean being highly successful?

Shields and Dunn contend that the answer is both.

“Much evidence suggests that conservatives are widely stigmatized by their progressive colleagues and that they confront real discrimination,” Passing on the Right asserts, however, “conservatives can survive and even thrive in the liberal university.”

In fact, Shields and Dunn got the idea to write the book after sharing horror stories about the experiences of their conservative friends. While the coauthors never experienced much discrimination themselves, they found that other professors weren’t so lucky, especially in the social sciences.

For example, in one survey cited in the book, nearly one-in-four psychologists openly said they would be more likely to reject a grant proposal if it appeared to have a “politically conservative perspective.” Another study found that social conservatives teach at less-prestigious universities than their publication record would predict.

Most concerning, perhaps, is the willingness of liberals to discriminate against conservatives during the hiring process. A study by sociologist George Yancey found that many professors in the social sciences “expressed a preference for Democrats over Republicans and Jews over evangelicals.” For instance, “nearly 30% of sociologists said that if they knew a job seeker was a Republican, they would be less likely to support his or her candidacy.”

The open discrimination against right-wing professors has led many to conceal their views, say Shields and Dunn, which is otherwise known as “passing” (ergo the title of the book).

Almost half of the professors interviewed by Shields and Dunn said they had engaged in at least one of six forms of self-censorship, which included hiding conservative or libertarian work history on a resume or avoiding writing editorials that revealed political views, among others.

“Professors may hear people say things in the faculty lounge or the hallway, mocking comments about conservatives and their intelligence...they’re afraid if they reveal their politics their colleagues would view them in the same way as other conservatives,” explains Dunn.

Many conservatives who choose to “pass”, however, only do so until they obtain tenure. One professor who was interviewed said he concealed his political identity because “I needed tenure...To me, there was no upside, only downside, only risks.”

The closeting of conservative professors leads to a dangerous outcome: students only hear one side of the story.

“Since professors often hand down politicized bodies of knowledge that concern the very issues that are of special interest to good citizens, students of all political persuasions may leave college ill-prepared to grapple thoughtfully with those same issues,” Shields and Dunn point out.

However, despite what may appear as a hostile working environment, many professors feel more at home in the liberal academy than in the Republican Party. As Dunn described it, these professors view themselves as “scholars first; conservatives second.”

In fact, while the horror stories of professors being denied tenure or having their research censored receive heavy attention, most conservative professors quietly move about their day with little interference from their peers.

“Some parts of the academy are hopelessly politicized,” explains Dunn, “But, on the whole, most professors are serious people doing serious work.”

From this perspective, the solution to a lack of conservative identities in higher education is twofold: liberals must prove they are welcoming to right-wing opinions, and conservatives cannot over exaggerate the intolerance of the progressive university.

Ultimately, young conservatives must be encouraged to enter academia in order to turn the tide against political homogeneity.

“Don’t be ignorant of the fact that yeah, you’re going to be a political minority and you may face larger obstacles than someone with conventionally leftist views might face, but if you’re aware of that you may be able to deal with it more effectively,” Dunn advised.