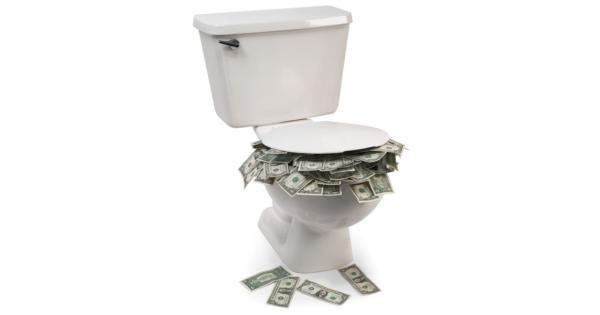 A nonpartisan watchdog group has named the University of Tennessee’s Office of Diversity and Inclusion (DI) the single most wasteful government expenditure in Tennessee for 2016.

The Beacon Center of Tennessee gave UT the dubious distinction as part of its 11th annual Pork Report, a compilation of wasteful government expenditures that this year came out to about $750 million.

“Campuses are asking for more and more handouts from the state while also raising...the salaries of their executives.”

For the second straight year, the items included in the report were chosen by a public vote, and the UT DI Office was a shoo-in for the “Pork of the Year Award,” with over 40 percent of voters selecting it over three other choices.

The DI Office has come in for repeated criticism in the past year, starting with a primer on its website advising faculty and students to replace traditional pronouns like “he,” “him,” and “their” with gender-neutral pronouns.

A few months later, the Office generated another furor when it released a “Best Practices for Inclusive Holiday Celebrations in the Workplace” guide that instructed staff members on how to “ensure your holiday party is not a Christmas party in disguise.”

UT had previously attracted the ire of state lawmakers over its annual “Sex Week” celebration, forcing it to fund the event through optional student fees rather than state appropriations, but the crescendo reached a new pitch after the DI Office’s missteps, causing legislators to label the department a “national embarrassment” and begin exploring ways of cutting its funding.

UT has since closed the diversity office, but the university was not finished requesting—and receiving—tax dollars to fund its projects.

[RELATED: Diversity office loses funding for one year in budget battle with lawmakers]

UT received $5.75 million from the state for a campus-wide “beautification project,” with $2 million allocated for “campus improvements” and the remainder going toward various enterprises on its Volunteer Boulevard.

The Beacon Center also included Pellissippi State Community College at Strawberry Fields in its report for accumulating nearly $3 million in repair costs after just four years of operation, noting that “among the needed repairs are an entrance upgrade, courtyard improvements, a print shop relocation, and envelope repairs (whatever that is).”

Pellissippi State’s main campus also called for $230,000 in refurbishing costs “to upgrade the lighting at the Clayton Performing Arts Center.”

“Campuses are asking for more and more handouts from the state while also raising tuitions and raising the salaries of their executives,” Beacon Center President and CEO Justin Owen told Campus Reform.

In previous years, the Beacon Center has reported on waste including a private Tennessee college receiving $200,000 from the state “to address facility maintenance needs” and a UT Biofuels Initiative that has needed a $5.3 million subsidy annually after an initial $40.7 million investment.

Through its annual Pork Report, though, he said the organization hopes to “shine a light on that” pointing out that the Beacon Center’s past investigations—which are conducted primarily using public documents like state and local budget reports—have succeeded in persuading the Tennessee House Finance Committee to begin curbing handouts to nonprofits.

“Imagine showing up to a race planning to run a sprint, but instead you find hurdles standing along the track,” the Beacon Center explains on its website. “That’s the scenario many Tennesseans find themselves in on a daily basis. They simply want to earn a decent living and provide for their family, but government barriers stand in their way.”