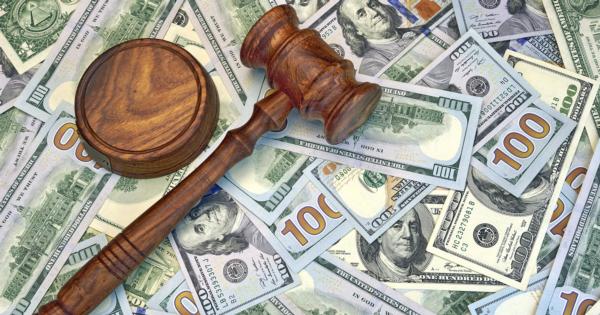 A new rule proposed by the U.S. Department of Education will provide student loan forgiveness for students who prove they were “defrauded or deceived” by their university.

The Borrower Defense to Repayment (BDTR) provision of the Higher Education Act applies not only for-profit universities, but also encompasses all colleges and universities participating in federal student loan programs.

The BDTR provision of the Higher Education Act is estimated to cost taxpayers and institutions anywhere from $2 billion to $43 billion, according to Phil Kerpen, president of the free-market government watchdog American Commitment.

“We do not need another federal bailout,” Kerpen said in a statement. “But these newly proposed rules are so broad and vague that complaints will proliferate based on innocent errors and alleged misunderstandings—with the costs shifted to federal taxpayers.”

“When a regulation claims to cost taxpayers $2 billion to $43 billion you can assume the agency actually has no idea what the final price tag will be--but it won’t be cheap,” Kerpen explained. “Forcing taxpayers to pay for bad student loans is wrong.”

[RELATED: No, billionaires aren't the problem with student loans]

Eighteen national taxpayers groups, led by Kerpen, are calling for U.S. Secretary of Education John King to withdraw the rule, which was published on July 16th.

“We won’t sit idly by while dodgy schools leave students with piles of debt and taxpayers holding the bag,” King said in a June 13 statement. “All students who are defrauded deserve an efficient, transparent, and fair path to the relief they are owed, and the schools should be held responsible for their actions.”

The coalition of taxpayers groups are arguing that the new provision demonstrates an overreach in power by the Department of Education.

“Schools will have little recourse to defend against the allegations,” a statement released by the 18 taxpayers groups reads. “Determination of whether an institution has made a ‘substantial misrepresentation’ to a student or group of students is made unitarily by an ED hearing examiner.”

Issues within the student loan market have skyrocketed in past years. According to the Consumer Finance Protection Bureau, the total amount of outstanding student loans has more than doubled since 2006, increasing from less than $600 billion to roughly $1.2 trillion in 2015.

Additionally, one in four student loan borrowers are either in default or fighting to stay current on their loan.

According to the statement made by the coalition, the new provision could cost taxpayers an unlimited amount of money. The Department of Education’s analysis in the BDTR rule found that the exact impact on taxpayers over the course of a year is unclear and could potentially range from the lowest possible scenario of $1,997 to the highest scenario of $42,698.

“Such an enormous commitment of federal taxpayer dollars should not be made through agency rulemaking, but by Congress which is elected by the American people and is responsible under the Constitution for exercising the power of the purse,” the statement reads.

The new rule, which seemingly went unnoticed, concludes its comment period on Aug. 1, is scheduled for final approval on Nov. 1, and will go into effect in January 2017.