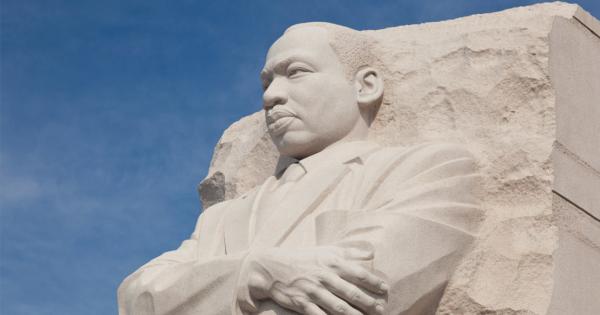 Carnegie Mellon University is accepting submissions for its annual MLK writing contest whose past winners have written everything from poetry on microaggressions to full length essays about biased language.

The contest, which has been held every year since 1999, has just opened up submissions for the 2017 prize. Some of last year’s winners include:

2016’s third place prize in high school poetry went to Irina Bucur for her entry, “Microaggression,” a meterless poem consisting of a numbered list of twelve microaggressions, which begins:

1. Honey, can you translate for your mother?

2. I’m not sure she understands.

Bucur goes on to label questions about her ancestry as microaggressions, citing an inquiry about whether or not birth control is acceptable in her culture as potentially aggressive.

“No offense” and “[y]ou know, we’re in America. Things are done differently here” constitute the final two microaggressions of the poem.

In “How I Came to Be American,” Charu Sharma clinched the second place college poetry prize with a poem about how his parents supposedly “named” him American when his red heart and blue brain “shouted” and “chanted” at his brown skin.

In the college prose section of the competition, second place winner Hyunho Yoon describes her experience teaching people how to say her first name in “What’s in a Name? Quite a Lot.”

“It’s gotten to the point that I have nothing else to complain about regarding my racial experience in Pittsburgh other than the fact that the people here can’t instinctively say my name,” Yoon acknowledges in the piece.

However, “[Americans] still have yet to shed their use of subtly biased language, and our cultural vocabulary is in need of improvement,” claims Yoon, who researches language acquisition at Carnegie Mellon.

“To change people’s attitudes, the American public tongue needs to change,” she adds.

Yoon then concludes her piece by describing how new friends will make a point of telling her how much they like rice.

“Of course, I would appreciate it more if they treated me like their other friends who go nuts for bacon cheeseburgers and Chipotle, but the fact is I do like rice as much as I like burgers (a lot).”

Kelly Kim, a freshman at Carnegie Mellon University, won first place in the category for her piece “Acceptance.”

“As [my makeup artist] swiped the foundation and blended the light colors onto my face,” writes Kim. “A sudden memory of my nine-year-old self staring into a mirror at the ugly yellowness of my skin with resentment flashed at me.”

“When [the makeup artist] finally left my face alone, I was left with an unfamiliar, nonplussed teenage girl staring into my eyes—her face so white, her eyes almond-shaped, and bone structure so European.”

Kim continues to recount how she grew up wishing she were white, reflecting on microaggressions such as “oh, but where are you really from” when she, a Korean-American, said she was from New Jersey.

Jim Daniels, a Carnegie English professor, founded the contest in 1999 to establish a safe space for discussion of discrimination.

“There’s a lot of heart in these awards and I think that’s one of the things that makes them special,” Daniels said.

The contest's description page notes that winners will have their pieces published, will get to read their pieces at the university on Martin Luther King, Jr. Day, and will receive cash prizes.

Campus Reform reached out to Professor Daniels regarding the value of the cash prizes and any potential trends in submission topics, but no comment was received in time for publication.