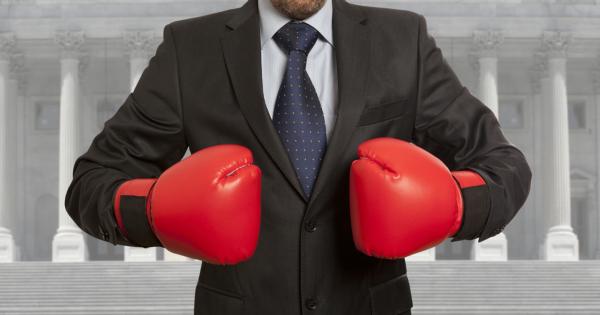 A male student at Columbia University will be allowed to proceed with a lawsuit accusing the school of “anti-male” bias in its handling of a female student’s sexual assault accusations.

The Second U.S. Circuit Court of Appeals issued a ruling Friday reversing a U.S. District Court’s previous dismissal of the male student’s suit, conceding that the university may have violated Title IX by demonstrating "sex bias in disciplining him for an alleged sexual assault."

“From the outset, Columbia University manipulated this investigation and engaged in gender bias.”

The District Court had initially rejected the student’s standing to pursue the allegations related to Doe’s suspension from the university in 2013 for “sexual assault nonconsensual intercourse,” deeming his claims implausible.

The Second Circuit re-opened the case in April however, and determined that Doe’s bias allegations are, in fact, sufficient to substantiate a rule 12(b)(6) motion because they meet the minimum standards for plausibility.

In an interview with The Daily Beast, the plaintiff's attorney, Andrew Miltenberg, said that the university was motivated to engage in anti-male bias due to “public pressure” and negative publicity over its past treatment of female sexual assault victims.

“From the outset, Columbia University manipulated this investigation and engaged in gender bias against the accused, ignoring evidence and conflicting accounts presented by witnesses,” Miltenberg elaborated.

According to Doe, the university did not inform him of his rights before the proceedings, and school officials failed to interview multiple witnesses he had recommended, who he says could confirm that he did not force himself on the female student.

Columbia, however, said its investigator chose not to interview the witnesses Doe recommended because he was not found guilty of forcing himself on a female student, but rather of having “coercively pressured” her to have sex.

“Against this factual background, it is entirely plausible that the University’s decision-makers and its investigator were motivated to favor the accusing female over the accused male, so as to protect themselves and the University from accusations that they had failed to protect female students from sexual assault,” judge Pierre Leval wrote in the Circuit Court ruling.

This is not the first time Columbia has faced criticism over its handling of sexual assault. The most recent incidence, which captured national attention, occurred when Emma Sulkowicz, a.k.a. “mattress girl,” bore her mattress around campus in protest of the school’s failure to discipline a male student whom she had accused of rape.

Instances of gender bias in sexual assault cases are not only occurring at Columbia. Since the U.S. Department of Education’s Office of Civil Rights began requiring colleges to apply Title IX rules to sexual assault cases in 2011, district courts have handled 170 lawsuits in which male students have sued universities for gender-based discrimination under Title IX.

Steven Svoboda, Public Relations Director for the National Coalition for Men (NCFM), told Campus Reform that there is a “regrettable pro-female and anti-male bias visible in a number of aspects of our current lives,” notably in the conspicuous absence of the presumption of “innocence until proven guilty” on contemporary college campuses.

“More commonly we seem to come across an approach that minimizes or neglects protection of the accused male, substituting instead what appears to be a presumption of guilt,” Svoboda explained. “Politicizing dating using feminist precepts, which is essentially what is happening, is an extremely bad idea, as is fostering mistrust and suspicion between the sexes.

“Stricter sexual misconduct rules are unnecessary because not only do existing laws work efficiently, but documented sexual assault on college campuses is statistically rare,” he continued, asserting that “these excessive rules result in increased stress and higher unjustified suspicion of male students.”

“This lawsuit and the 169 other similar ones should never have been necessary because the underlying conditions that necessitated them should never have happened in the first place in a just, fair country,” Svoboda said.