CMU dean says 'poaching' by industry is good for academia 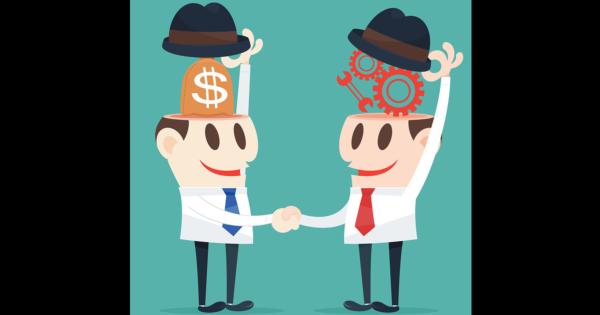 The Dean of Computer Science at Carnegie Mellon University has nothing but praise for the free market and the competition it creates, even if it means losing quality staff to private industry.

In a recent op-ed for The Conversation, Andrew Moore—who was recruited by Google ten years ago and then returned to CMU as the computer science dean 2 years ago—argues that competition for researchers in the field of computer science is a win-win for academia, despite frequent criticisms of the frequent “poaching”.

“Poaching”, as many news reports have dubbed it, is when a company that requires computer scientists takes researches from academia, often luring them in with irresistible salaries. This often creates a vacuum, and at CMU, a hot bed for world class computer scientists, that vacuum is larger than average.

The way Moore sees it, though, the practice is merely an instance of “embracing the free market for brilliant people.”

Moore describes the loss of 36 technical staff members and four professors when Uber forged a partnership with CMU, the epicenter for autonomous driving research for three decades.

“We in academia are in a fight with industry for top computer scientists—and the competition gets more bruising by the year,” Moore writes. “But ultimately this is great for our school, for academia, and for industry: The best scientists in the world have the freedom to pursue their careers as they choose.”

While academia plays an important role in providing the arena in which innovation can take place, one of the most effective ways to capitalize on the products of research, according to Moore, is for the innovators themselves to carry their knowledge into industry.

“This is of immense importance to our tech-driven economy and to our national interest in general,” he asserts.

Moore also notes that schools don’t suffer large financial losses when research employees leave to join the tech industry, because although nonprofit institutions risk losing research grants and contracts that had been awarded to specific researchers, they are also freed from having to pay the salaries of those employees once they depart.

“Financially, it’s largely a wash if we lose the money, because we’re no longer paying those salaries,” Moore explains, adding that the vacancies created by poaching also create opportunities to “bring in new blood and new ideas,” providing a safeguard against intellectual stagnation.

“Last year, even as those four professors were heading out the door to Uber, we were hiring 27 new robotics and computer science faculty members,” he points out. “Our teaching mission never missed a beat. With the announcement of more large projects, funding has never been higher.”

Moreover, Moore contends that schools themselves must bear part of the blame for poaching, pointing out that “when people depart, what we hear most often is ‘I love what I do here, but there are too many bureaucratic obstacles to getting things done’.”

According to Scientific American, a 2007 government study found that university faculty members spend about 40 percent of their research time navigating the bureaucratic labyrinth, often discouraging them from pursuing the kinds of research with the greatest potential to advance knowledge.

Moore expects to see growing demand for CMU’s renowned roboticists, theorists, and algorithmists as the U.S. tech industry continues to expand at the staggering rate that it has over the past decade, but he doesn’t see that as a defeat.

“It just means we’re living in a free market for brilliant people,” he concludes reassuringly.