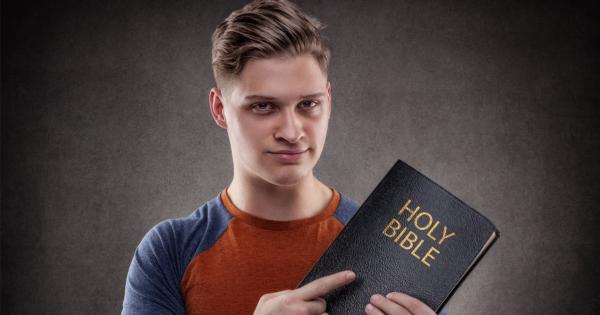 A California bill aimed at protecting LGBT students from discrimination at religious colleges was recently approved by the state Senate and is scheduled to go before the Assembly Appropriations committee next week.

As many as 40 colleges are expected to be affected by Senate Bill 1146, which will narrow the eligibility for historic religious exemptions to seminaries or schools that train ministers and clergy, NBC Los Angeles reports.

"The First Amendment and Bill of Rights were enacted to prevent precisely the kind of government interference..."

Additionally, faith-based institutions that receive state funding or whose students depend on Cal Grant financial program would be forced to change their policies in order to accommodate such practices that could potentially infringe on the institutions beliefs and teachings.

The bill has received backlash from many in the faith-based community. In a joint statement made by head of the Roman Catholic Archdiocese of Los Angeles, Archbishop Jose H. Gomez, and Bishop Charles E. Blake of the Church of God in Christ, the two argue that the bill forces institutions to choose between compromising their religious beliefs and risking expensive litigation to defend themselves.

“This is a choice that no individual or institution should face in our state or in our country,” the statement reads. “In fact, the First Amendment and Bill of Rights were enacted to prevent precisely the kind of government interference reflected by SB 1146. Title IX of federal law also respects the rights of faith-based colleges and universities to operate free from government meddling.”

Gomez and Blake contend that the bill will also punish the low-income and minority families in California.

“Historically, faith-based institutions have been a refuge for blacks, Asians and other minorities seeking a college education in the face of economic hardship and racial discrimination,” Gomez and Blake continued, asserting that “all of this is unnecessary to achieve the goals of protecting the rights of gay, lesbian and transgender students.”

The bill would also remove barriers that protect the religious institutions from discrimination lawsuits.

A provision of the bill will require schools to provide students with the option of being placed in dormitories corresponding with the gender they identify as, rather than their birth gender.

Several institutions represented by the Association of Independent California Colleges and Universities are seeking amendments to SB1146 before the bill proceeds.

"We just want to make sure that we can still have the opportunity to care for these students in a way that aligns with our religious convictions," Wilhite said.

Nohemi Ramirez, a Cal Grant recipient is concerned that SB1146 would potentially limit faith-based schools’ ability to integrate faith into their curriculums.

"One of the main reasons I chose Biola was because I am able to integrate my faith in my major," Ramirez said.

Loyola University’s president, Rev. Kevin W. Wildes, wrote a letter to the U.S. Department of Education asking to “disclaim” its religious exemption, which the university received in 1996.

The New Orleans-based university had originally offered health insurance to students, but objected to the possibility of covering abortions.

In the most recent letter this year, Wildes wrote that Loyola no longer offers health insurance and therefore has no need for the exemption.

“At Loyola University, we believe diversity and inclusivity extends beyond race and that members of our community represent a variety of races, ethnicities, identities, languages, orientations, and religious and cultural traditions,” Loyola’s spokeswoman, Laura F. Kurzu, said.