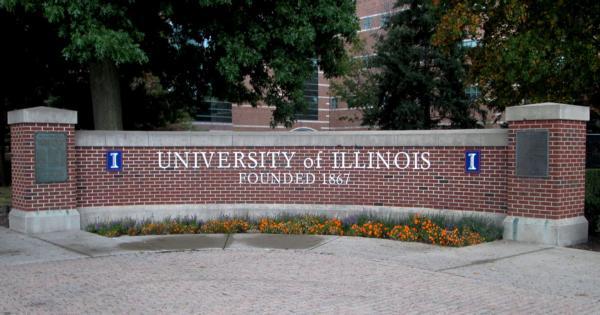 The Governor of Illinois vetoed a bill that would allow illegal immigrant students to run for the University of Illinois Board of Trustees.

The Board of Trustees is mostly appointed by the governor, NPR Illinois reports, but students at each of the three U of I campuses are allowed to send one of their number to serve as a student trustee.

"Since when do we give voting rights to noncitizens?"

Gov. Bruce Rauner vetoed the bill that would have permitted an undocumented student to serve as a student trustee on Friday, which had been backed by the university. Under the legislation, SB 2204, the University of Illinois Trustees Act would be amended to allow any one of three criteria to be used to demonstrate residency to serve as a U of I student trustee, or be a candidate for the board, according to The News-Gazette.

Previously, eligible candidates had to fulfill all three criteria by demonstrating at least three months of Illinois residency, possessing an Illinois driver’s license, and registering to vote in the state.

"The University of Illinois is a public institution supported by Illinois taxpayers, and therefore in-state student representation on its Board of Trustees should be a priority. Student trustees have the authority to influence decisions with lasting effects on the University and Illinois taxpayers, so it is therefore important to ensure that student trustees are residents of Illinois," Rauner wrote in his veto message.

“Senate Bill 2204 would allow a student to demonstrate residency by satisfying only one of these criteria—for example, just living on campus for six months before the election,” the governor explained, pointing out that “therefore, in effect, a nonresident could serve on the board.”

The Board makes big decisions, and a student on the Board would have voting rights like every other member, with each student trustee’s vote carrying the same weight as that of a regular, appointed member.

Senator Iris Martinez, a Chicago Democrat, tried to pass legislation to ease the requirements enough to allow illegal immigrants to run for leadership positions such as the Board of Trustees, but Rauner says the change would have made requirements so loose that someone could live on campus for six months and be considered an Illinois resident.

"We need to be sure students aren't discouraged from running to be a student trustee," Martinez told The News-Gazette. "A student who can prove they live in Illinois and wants to serve their fellow students and university should not be held back by requirements that are too rigid.”

Calling the latest proposal “an affront to every American citizen,” State Rep. Jeanne Ives asked, "Since when do we give voting rights to noncitizens, let alone students with only six months residency in our state?"