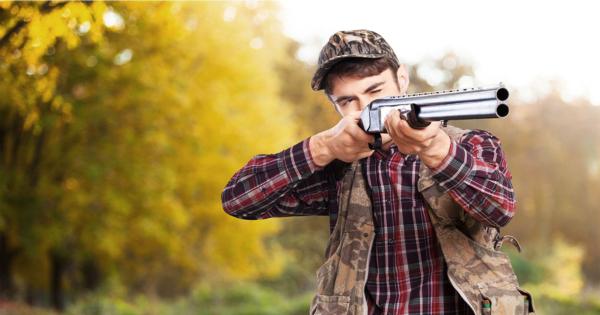 Administrators at a West Virginia university are planning a wide-sweeping campus gun ban this semester, despite a recent state law making concealed carry a constitutional right.

The West Liberty University (WLU) Board of Governors voted unanimously Wednesday to accept 30 days of public comment on the question of banning guns from campus, The Intelligencer reports.

“I don’t know how comfortable someone would feel knowing that someone on campus is carrying a dangerous weapon.”

University president Stephen Greiner explained that the Board is responding to the highly publicized mass shootings that have occurred in recent years.

“You have to look at some of the unfortunate things that have happened around the country,” Greiner said. “We want our students to feel safe, secure, and comfortable. I don’t know how comfortable someone would feel knowing that someone on campus is carrying a dangerous weapon.”

Greiner elaborated that the Board’s proposal involves not only banning the concealed carry of firearms on campus, but would also prohibit the storage of any weapons inside a car parked at the university—even a shotgun inside a locked gun rack.

“There would be some discretion there,” Greiner clarified. “We would not look at a pocket knife the same as we would a machete.”

Board member James Stultz referred to West Virginia’s new constitutional carry law, which allows residents to carry concealed firearms without a permit, as another inspiration for the ban.

“That open carry law drove this,” Stultz explained, adding that “we need to have something in place that puts us into compliance with other universities.”

Other nearby colleges, including West Virginia University, Marshall University, and Fairmont State University, all have similar gun bans on the books.

Board member Richard Carter, who supports the ban, bragged that they “blanketed the whole campus with this policy,” making sure that it applies to students, faculty, and visitors alike.

The campus police chief does have the authority to grant exemptions to further “the convenience of the university in achieving its mission,” but isn’t expected to exercise that power very often.

“There would be very few [exemptions],” Stultz asserted. “That way, a professional law enforcement official can make the decision. It wouldn’t be fair to ask the president to make those decisions.”

Police and corrections officers, military service members, judges, prosecutors, and anyone using a weapon for academic research are automatically exempt from the ban, but the Board has not specified whether defense attorneys would be authorized to carry a gun like their prosecutorial counterparts.

A university spokesperson assured Campus Reform that WLU has no moral or legal qualms about imposing the ban, pointing out that the school is sharply at odds with the gun control that pervades most of the state.

“Like all public colleges and universities in the state of WV, we are protecting our property rights by seeking to further develop existing policy on deadly weapons/destructive devices,” Maureen Zambito stated, adding that although the university is “aware that no law can prevent violence,” it still aims to ban gun owners from carrying on campus.

She also said that the school is not uncomfortable with West Virginia’s strong heritage of hunting and rural life, which is widely evidenced by the shotguns and rifles commonly found in the window racks of pickup trucks throughout the Mountain State.

WLU’s gun ban isn’t expected to violate state law, according to the Chancellor of the state’s Higher Education Policy Commission, who opined that universities are “still able to prohibit firearms and other deadly weapons on their campuses,” even now that constitutional carry is in effect.

The WLU Board of Governors plans to vote on the ban during its next meeting on October 5.