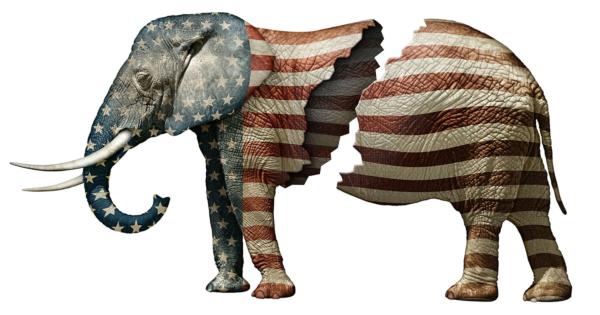 The Notre Dame College Republicans proclaimed their “support” for Donald Trump, but say they will not “endorse” him because the membership is not “fully aligned” with his candidacy.

The chapter rationalized its support for Trump by stating that the ND CR’s have always supported Republican nominees and by noting that ND is a leading Catholic university, arguing that from both perspectives, Trump is far preferable to his Democratic opponent, Hillary Clinton.

“Endorsing would mean that we, as a total organization, are fully aligned with the candidate.”

“On both counts, we believe that we can and must support our party’s nominee, Donald Trump,” the group announced on Facebook this week. “The choice is no longer between Rubio, Cruz, Fiorina, and Trump. The choice is now between Donald Trump and Hillary Clinton. Our choice is clear.”

Yet CR president Pat Crane also noted that while the club supports Donald Trump, it does not “endorse” him.

“Endorse” and “support” appear to be synonyms, at least according to Dictionary.com, Merriam-Webster, the Cambridge Dictionary, Macmillan Dictionary, WordReference.com, and WordFind.com, all of which include the word “support” in their definitions of “endorse.” Moreover, several of the dictionaries even use a hypothetical situation involving a political candidate to provide an example of the definition.

The ambiguous announcement by the ND CR’s comes in the wake of similar equivocations by CR chapters at other schools, many of which have either declined to endorse the GOP nominee or even repudiated him entirely in tersely-worded statements.

In contrast, the ND CR statement—which bears the signature of “The Officers of the Notre Dame College Republicans”—runs for a total of eight paragraphs, and its effusive praise for Trump closely parallels the rhetoric of traditional political endorsements.

Observing that the next president “will be tasked with lifting America out of 8 years of stagnant economic growth, with fighting terrorism as it encroaches on our shores, with fixing a broken immigration system, and with appointing the replacement of the late justice Antonin Scalia,” the CRs declare that Trump “has a certain strength and a particular vision to see that these tasks are accomplished.”

“Of all the candidates on the ballot this November, only Donald Trump has made a commitment to protecting the lives of the unborn,” the statement adds, calling that position “something we as Catholics stand behind.”

The club also compliments Trump’s economic proposals, coos that he “is the first presidential candidate ever to receive an NRA endorsement before the conventions,” and applauds his choice of Mike Pence as a running mate.

The ND CR statement refrains from disparaging conservatives who don’t support Trump, though, instead encouraging them to support Republican candidates for other offices at the polls.

“There are Republicans up and down the ticket at congressional, state, and local levels that need help and who uphold the values of economic and individual liberty on which the Republican Party prides itself,” the chapter’s leaders reassure Trump skeptics, pledging that “the Notre Dame College Republicans will be doing everything in our power to help Senate candidate Todd Young, Gubernatorial Candidate Eric Holcomb, and Congressional Candidate Jackie Walorski as they seek office here in Indiana to advance those principles.”

The Notre Dame College Democrats responded to their rivals in a Facebook post Tuesday, calling the muddled declaration of support “unsurprising but nonetheless disappointing,” and referring to Trump as “wholly unqualified and dangerous.”

The rebuttal also disregards the distinction the CRs attempted to draw between supporting Trump and endorsing him, saying CRs “are deeply out of touch with their fellow students, Hoosiers, and Americans in endorsing Donald J. Trump and his hateful campaign for the Presidency

The ND CR chapter is not entirely alone in its support for Trump, though, having been beaten to the punch by the Yale University chapter, which (explicitly) endorsed the candidate one day earlier.

Campus Reform reached out to the ND College Republicans chapter for additional comment, but did not receive a response in time for publication.