California Polytechnic University is expanding its “gender-inclusive” housing program this year in response to a student group’s complaints about classmates exercising free speech.

Gender-inclusive housing has been offered on the campus since the 2012-13 academic year, but had been limited to returning students residing in the Poly Canyon Village building, according to Mustang News. Now, Cal Poly says it will not only allow incoming students to participate, but also expand the option to two other living areas on campus, the Yosemite and Cerro Vista Villages.

According to Cal Poly’s University Housing website, “all students who consider themselves supportive of or a member of the TGQQ [transgender, genderqueer, or gender questioning] community, and are comfortable having a roommate of any gender identity or expression are eligible for this housing option.”

Those who sign up for the program are then placed in a room with one or more individuals who either share the student’s sexual identity or consider themselves allies of the LGBTIA community.

Jo Campbell, the executive director of University Housing and assistant vice president for Student Affairs, told Mustang News that this housing option “helps create a welcoming community for students who identify as or are allies for transgender, genderqueer, or gender questioning (TGQQ) students.”

The decision was made in response to a 41-point ultimatum issued in November by a student group called SLO Solidarity, which claims that Cal Poly’s campus is rife with discrimination, citing a “Free Speech Wall” event and “the daily micro[-] and macro[-]aggressions that underrepresented students face on this campus” in support of that assertion.

The Free Speech Wall, which was erected last November to commemorate the 26th anniversary of the fall of the Berlin Wall, prompted a demonstration by more than 100 student activists who were upset that drawings and statements that they considered derogatory toward Muslims and LGBTQ individuals

Specifically, Mustang News reports that there was a drawing of the Muslim prophet Muhammad carrying explosives and multiple rifles, with a caption reading “Islam is a political movement of violence and oppression,” next to which was drawn a speech bubble saying, “Don’t draw me I’ll jihad your face! ALLAHU AKBAR.”

Another student contributed a mock ballot with boxes for “Male” and “Female” and a caption reading, “Gender: Pick One.”

In reply, SLO Solidarity issued its list of demands, calling on the university to implement such measures as a Greek Life diversity task force, mandatory gender or ethnic studies courses for all majors, and cultural sensitivity training for incoming students.

In addition, they instructed the university to overhaul its diversity/inclusivity training for Resident Assistants, as well as to guarantee “gender[-]neutral or co-gender housing options for any student living on campus.”

The ultimatum ends on a threatening note, stating that failure to comply with the organization’s directives would be met with a crusade against the current administration, saying, “If these demands cannot be met, we will demand a new administration which will treat underrepresented students with equity and make Cal Poly a place where everyone is equally empowered to obtain a high-quality education.” 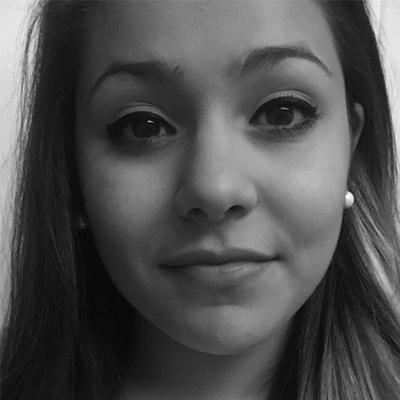