BOOK REVIEW: ‘Fail U: The False Promise of Higher Education’

Peter Van Voorhis Contributor at The Washington Examiner @RepublicanPeter on Sep 12, 2016 at 10:57 AM EDT 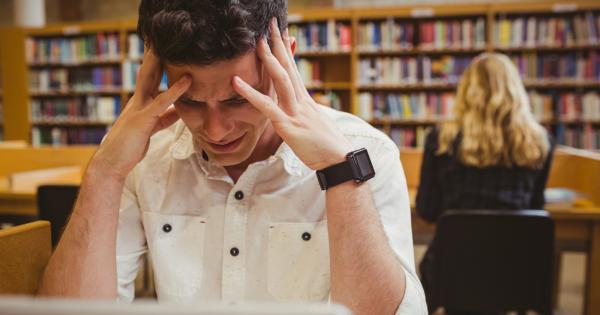 In his new book, Fail U: The False Promise of Higher Education, author Charles Sykes details myriad ways in which the American higher education system is dooming students to fail.

He writes that the skyrocketing cost of education has made college less affordable, while the increased tuition revenue has been used not for education, but rather to increase spending on administrators and useless school programs and facilities. On top of that, professors rarely teach in the classroom, and instead devote their time to research that produces little to no new knowledge.

"Even in the liberal media, the excesses of the campus nannies are the subject of derision and criticism."

In addition, Sykes believes that the culture of political correctness and safe spaces has resulted in the practical elimination of learning on campus, arguing that the left has become entrenched in the higher education system to the point that there is little to no diversity of thought left.

In short, he argues, academia has become an area where “no matter the subject, anyone on campus is always welcome to add their support to the accepted consensus.”

In an exclusive interview with Campus Reform, Sykes details how concepts such as “safe spaces,” “trigger warnings,” and “microaggressions” are preventing students from actually learning anything in college.

Campus Reform: In your book, you mentioned that liberal students rarely learn much because their views are never challenged, while the opposite is true for conservatives. Can you comment more on how this has contributed to a lack of actual learning on campus?

Charles Sykes: I find it highly ironic that, despite all the rhetoric about "diversity" on campus, there is so little interest or even support for intellectual diversity. The result is an increasingly homogeneous political culture on campuses. Progressive ideology is so pervasive that many administrators and faculty actually seem unaware of how intolerant they have become. Just as a fish doesn't know that it’s wet, the folks who run the modern university seem unaware of how ideological rigid they have become.

But I actually think this gives conservatives on campus an advantage. It is easy for a left-leaning academicon campus today to never encounter a conservative idea—they do not read conservative books, or magazines, and seldom have to deal with anything except a cartoon version of conservative arguments. The Ivory Tower is the original silo of alternate reality. This can leave them unarmed in the battle of ideas.

In contrast, it is impossible for a conservative student not be confronted on a regular basis by liberal ideas and arguments, so they are far more likely to be prepared. For academic leftists meeting an intelligent, articulate conservative who comes to the debate armed with logic and facts can be a traumatic experience.

Campus Reform: How do you feel that this same social justice culture has degraded the value of higher education for all students?

Charles Sykes: The "social justice culture" has led to the rise of the campus "cry bullies," the grievance-mongering snowflakes who are challenging the very notion that higher education is a place where ideas ought to be vigorously debated. The whole notion of trigger warnings, micro-aggressions, and "safe spaces" is antithetical to the idea that colleges and universities ought to be devoted to the life of the mind and to the vigorous exploration of ideas.

A genuinely liberal education (small “l”) should be at the heart of collegiate life, but there is nothing at all liberal about the demands for ideological conformity. Rather than treating students as active, intelligent learners, this new culture insists that students be treated as potentially frail and fragile psychological victims, who need to be protected from anything that might make them uncomfortable or move them out of their comfort zone. But this is exactly what a genuine educational experience ought to do.

When faculty members are afraid to assign certain books, or discuss certain topics, and when students are bullied into keeping their thoughts to themselves in class discussions, the educational experience is degraded. That is what made the University of Chicago's letter to incoming freshmen so refreshing and important. It reminded students that they were coming to college to confront ideas, not hide from them.

Campus Reform: Part of your solution in the book is to promote virtual learning tools, among other things. In your opinion, is conservative activism worthwhile on campus, or is the system so structurally broken that there is no way to fix it?

Charles Sykes: Conservative activism on campus has never been more worthwhile, because the challenges have never been greater, and I believe there are real prospects for change. Because higher education lives in an ideological bubble, it is ripe for exposure. Many of the things that happen on campus are so extreme and so absurd that they cannot survive exposure....and I think you are seeing that now.

Even in the liberal media, the excesses of the campus nannies are the subject of derision and criticism. As I mention in the book, the “Snowflake Rebellion” has broken out at the very moment that the value of higher education is being questioned. Those disruptions really exposed how the intellectual climate on campuses has been transformed in recent years and has reinforced doubts about the wisdom and value of what passes for higher learning at the worst possible moment for the higher education complex.

In other words, keep fighting, because people are paying attention. Finally.

Campus Reform: If you were a college student again, what would you do to try andreformthe system from within?

Charles Sykes: If I were a college student again I would focus on (1) getting the best possible education possible, by seeking out the very best professors and courses and campus and making sure that I was associating with smart, like-minded students, and (2) I would make common cause with faculty members and policymakers who might be in a position to expose abuses and push for more intellectual diversity.

This last point is a target-rich environment: student activists should challenge the lip service given to academic freedom and "diversity" by pushing for conservative programming, courses, and speakers on campus. Turn the language of the academic mandarins against them. Pick any campus in America and you will almost certainly find that the vast majority of guest speakers are left-leaning; certainly the highest paid ones will be...challenge that.