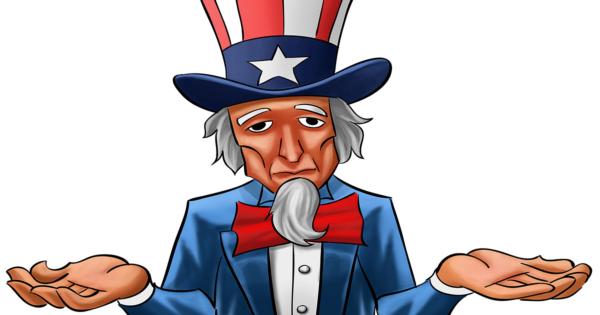 Students at Ramapo College were recently forced to change the theme of an “American BBQ” because the administration deemed it too “offensive.”

According to emails obtained by Campus Reform, Ariana Rivera, the Assistant Residence Director of Bischoff Hall, sent an email to the College Republicans and the College Democrats on August 17 inviting the groups to co-sponsor an American-themed BBQ with Bischoff and Mackin Halls.

“I was told that our advertising was too ‘military and recruitment-oriented.’”

The proposal called for the CRs and CDs to run tables for their respective organizations at the event, as well as encouraging students to register to vote, and CR President Taylor Gilson responded almost immediately to affirm that her group would participate. 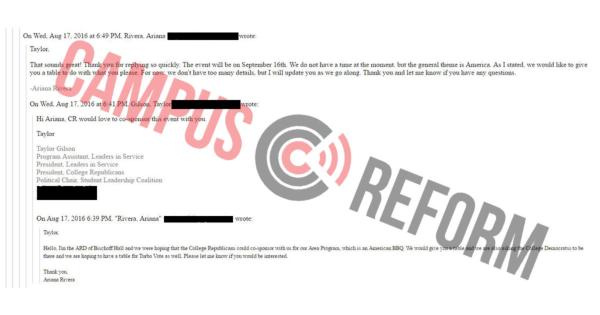 However, on September 14, just two days before the scheduled event, Rivera wrote to Gilson, again, this time regretfully explaining that Bischoff Hall would no longer be co-sponsoring with the CRs because the American theme was “considered offensive.”

Rivera subsequently reported that the event would not be entirely cancelled, after all, but that it would have to be a standard BBQ. 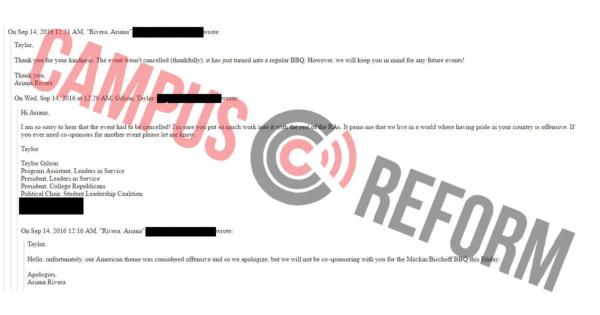 Gilson followed up by asking why the American theme was considered offensive, and if the concerns came from fellow students or administration.

“To be honest, I'm not sure. I think it was administrative,” Rivera replied. “I was told that our advertising was too ‘military and recruitment-oriented,’ because we had the Uncle Sam saying ‘I want you…’ I think? However, we saw other posters with that same idea, so I really don't know.” 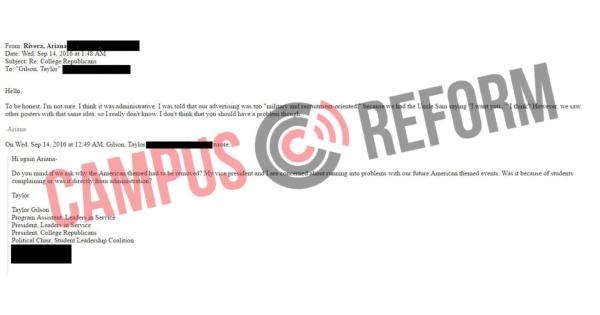 Rivera declined to comment for this story, citing her employment with Residence Life.

Matthew Searfoss, vice president of the Ramapo CRs, told Campus Reform he was “shocked” when he discovered the American theme and Uncle Sam advertisement posters were denounced by the administration.

“[Gilson] and I asked the RA for more information as we were shocked and upset over the actions of the administration,” Searfoss declared. “The RA said that they had been using the famous ‘I want you’ image of Uncle Sam in several posters around campus to get the word out about the event, and the administration thought that these posters were too militaristic and not inclusive of the entire student population.”

Campus Reform reached out to the Ramapo College Democrats for comment, but the group denied any involvement with the event. Gilson and Searfoss speculated that their counterparts either never agreed to co-sponsor the event, or else were trying to avoid the controversy surrounding the changed theme.

Gilson and Searfoss said their club members were “upset” and “could not believe” the university’s decision to change the event theme, with one club member, Monica Lynn, writing an op-ed for The Odyssey about the controversy.

Lynn explains being excited by the great turnout for the first CR meeting of the school year, but then finding out from Gilson that the administration had cancelled the American BBQ.

“This issue was swept under the rug like nothing happened, and to some it may seem quite trivial, but to me this spells out a larger message: that a lot of colleges and universities in today’s society are willing to shut down students’ opinions in fear of offending someone,” Lynn writes.

Searfoss said the cancellation is even more disturbing in light of the fact that Ramapo is a public university that receives state funding.

“I find the actions of the administration to be disheartening regarding this matter as they are not being open and understanding of the views of its entire student population and the taxpayers whose money goes to keep the institution up and running,” he explained to Campus Reform.

Gilson says she is “not planning to let this go” and is currently trying to set up a meeting with administrators so they can explain how they found the American theme to be offensive.

Furthermore, Gilson and Searfoss told Campus Reform they are planning to host a fundraiser for troops to “combat the administration saying the BBQ was too ‘militaristic.’”

A spokeswoman for Ramapo College, however, denied that the university ever threatened to cancel the event.

When asked why students were under the impression that they had to change the theme of the event, Daidone said there was a “miscommunication,” but did not elaborate further.