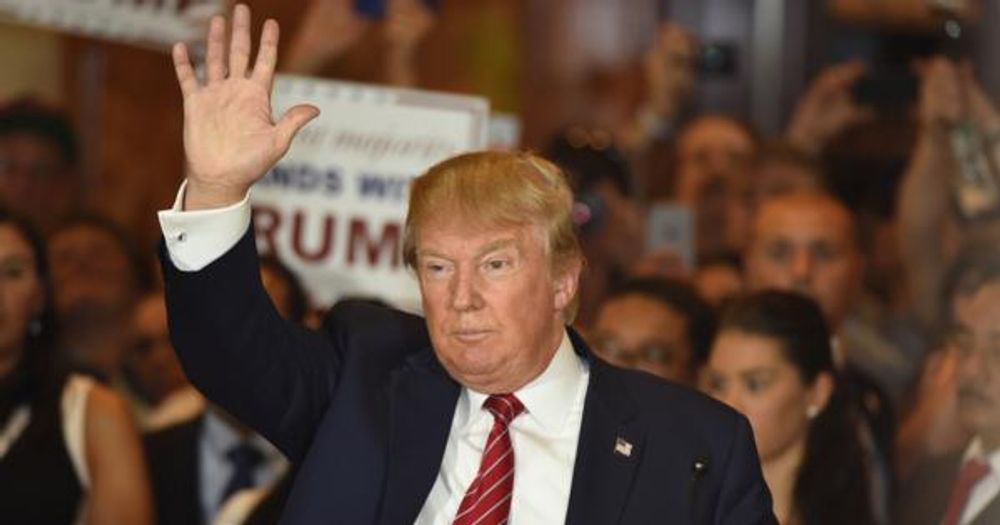 Donald Trump was greeted with a standing ovation from millennial voters Thursday in Columbus, Ohio when he promised to protect the First Amendment rights of college students.

“I will also make it a priority to protect students’ rights to free speech on campus. Do you want free speech? You’ll have it,” the billionaire real-estate tycoon promised as students erupted into a chant of “USA!”

“Wow. Wow. You like that more than the lower costs,” Trump added, referring to the several minutes he had just spent discussing his plans to lower college tuition and solve the student debt crisis in one of the most detailed articulations of his education policy to date.

“In the past few decades, political correctness—oh, what a terrible term—has transformed our institutions of higher education from ones that had fostered spirited debate to a place of extreme censorship where students are silenced for the smallest of things,” he went on, employing his campaign theme of attacking the politically correct talking points of the left.

He then went after universities with large financial endowments and threatened to revoke their tax-exempt status if they fail to do their “job of cost cutting."

“We want universities to spend their endowments on their students, not themselves. We have to take care of our students,” he explained, arguing that he will do more than our current president to “cut the skyrocketing cost of tuition.”

Indeed, Trump laid out a fairly detailed student loan plan that would “cap repayment for an affordable portion of a borrower’s income at 12.5 percent,” explaining that “if borrowers work hard and make their full payments for 15 years,” then he will “let them get on with their lives.”

“Students should not be asked to pay more on their loans than they can afford, and the debt should not be an albatross around their necks for the rest of their lives,” he said to another round of cheers.

Trump then went after his opponent, Hillary Clinton, for her role in the Obama administration, contending that her apparent pledge to open the country’s borders will force young American’s to compete with foreign workers for their jobs.

“That means tens of millions of new foreign workers to compete against you for your jobs, your wages, and your future. She’s selling out the future of young Americans of all backgrounds to enrich her donors,” he said, noting that the debt accumulated “under Obama and Clinton” would have been “enough to pay for all of the outstanding student loans in the United States six times over.”

Throughout his speech, Trump stuck to his campaign promise of doing “everything to make America great again for everyone, including millennials,” particularly by creating more jobs and more wealth in America.

“We are the campaign of change,” he said. “We will deliver jobs, opportunities, and justice for future generations.”