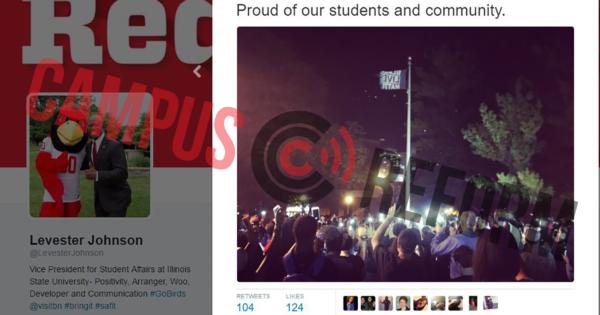 Illinois State University celebrated the Black Lives Matter movement by flying its official flag on campus throughout the day Monday.

“Proud of our students and community,” one school administrator, Vice President for Student Affairs Levester Johnson, tweeted with an image of students gathered around a flagpole flying the Black Lives Matter flag.

“Administrators attend many student-organized events that address...issues including social justice."

The Black Student Union’s twitter feed was filled with supporters of the movement tweeting pictures of the flag, where some called it one of the school’s “biggest accomplishments.” 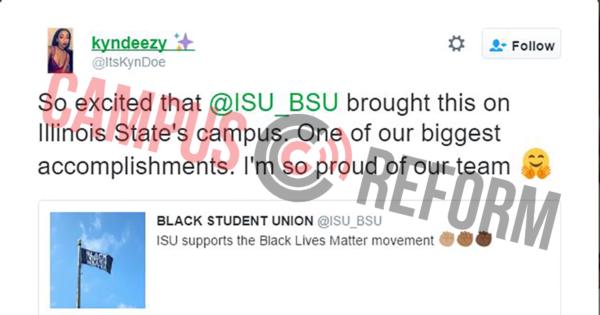 “And let it be known that on this day in history, a #BlackLivesMatter flag was put up at Illinois State University,” another student tweeted, with others saying they “need to see this at more schools” and some calling it a “great day for ISU.” 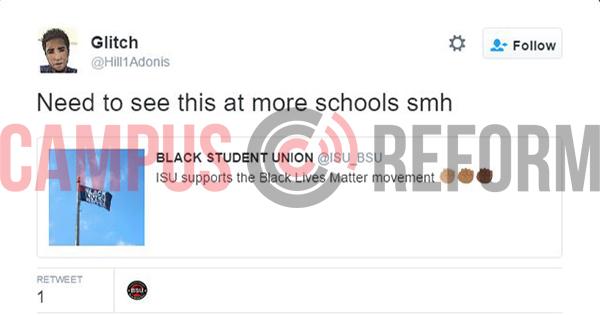 The flag-raising event attracted more than 200 students, faculty, and staff—including the school’s president, who attended the vigil because “he felt it was important to support the students who organized it,” the school’s director of media relations, Eric Jome, explained to Campus Reform.

“He and other university administrators attend many student-organized events that address a wide variety of issues including social justice, equality, diversity, civic and political engagement, and community relations,” Jome added.

At least one other school, the University of Vermont, has adopted a similar practice, flying the Black Lives Matter flag alongside the American and state flags earlier this year.

Students at the University of Vermont were similarly enthused by the move, saying their school was “winning for this.”