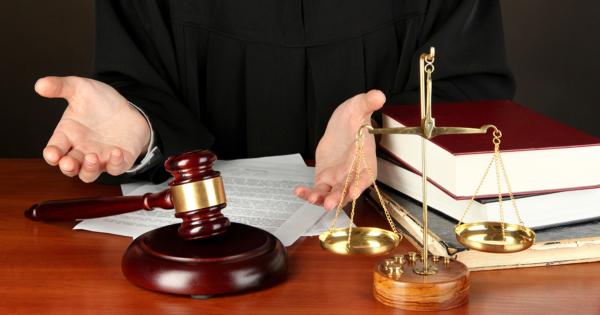 A report released Wednesday by Stop Abusive and Violent Environments (SAVE) warns that a “believe the victim” mentality surrounding sexual assault investigations can lead to wrongful determinations of guilt.

While impartiality has traditionally been the goal in sexual assault adjudications, SAVE alleges that alternative investigation models have sprung up in recent years that focus on affirming the credibility of the victim rather than determining the truth of a case.

“Taken to its logical conclusion, a victim-centered approach would obviate the need to interview the accused.”

“This approach, based on the assumption of ‘always believe the victim,’ is often referred to as ‘victim-centered,’” SAVE explains. “These documents reveal that the victim-centered approach overtly seeks to undermine notions of impartiality and systematically bias investigations in favor of the complainant.”

In 2011, for example, End Violence Against Women International launched a campaign called “Start By Believing,” which instructed police officers that “‘innocent until proven guilty’ is a critical foundation of our legal system, but it is not the starting point for a successful investigation.”

Even more radically, Human Rights Watch published a report in 2013 encouraging sexual assault investigators to assume that “all sexual assault cases are valid unless established otherwise by investigative findings.”

SAVE says this style of investigation gained even more traction when it was endorsed by the White House in its “Not Alone” report, which suggested merging the roles of investigator and adjudicator, compromising the impartiality of investigators and “leading to wrongful determinations of guilt” by making investigators more focused on proving the victim’s account rather than determining the actual facts of the case.

SAVE analyzed 18 lawsuits by students accused of sexual assault that together revealed a number of investigative failings, including predetermination of guilt, failure to consider relevant evidence, and lack or proper notice to the accused, among others. In each of the cases, the judge ruled at least partly in favor of the accused student.

“The 18 lawsuits made a total of 55 allegations of investigational impropriety,” the report states. “Collectively, these allegations represent egregious violations of Office for Civil Rights requirements to conduct investigations that are equitable, and represent a striking departure from the most rudimentary notions of fairness.”

One highlighted case is John Doe v. University of California Regents, which arose out of an investigation that began with an assumption that the accused was guilty of the assault prior to any investigatory findings.

“The investigative Report’s cherry-picked statements from the witnesses’ observations; the omission of key, qualifying facts; and the manipulation of supporting facts; combined with the investigator’s mischaracterizations of the witnesses’ accounts, led to the predetermined conclusion that Jane Doe was not capable of consenting to the sexual activity with John Doe,” SAVE reports.

Out of the 18 cases analyzed by SAVE, such predeterminations of guilt are the most frequent violation of defendants’ rights, which SAVE claims as evidence that the bias caused by a victim-centered approach is not incidental, but rather “systematic and intentional.”

“Taken to its logical conclusion, a victim-centered approach would obviate the need to interview the accused or obtain his version of the alleged incident, since the accuser’s account is believed to be true and her ‘victim’ status presumed,” the group asserts.

In two cases outlined in the report, the approach was taken to its extreme, leading to the expulsion of the accused students without investigators ever holding a hearing or even interviewing the accused.

“Simply put, such approaches are inconsistent with the most basic notions of fairness, repudiate the presumption of innocence, and are likely to lead to wrongful determinations of guilt,” SAVE declares.

The report concludes by proposing a “justice-centered” approach to sexual assault investigations, including making reasonable efforts to contact all witnesses, thoroughly documenting all communications with with the complainant and the accused, and prohibiting the same person from serving as both an investigator and a victim-advocate in the same case.

The full report can be read on SAVE's website.