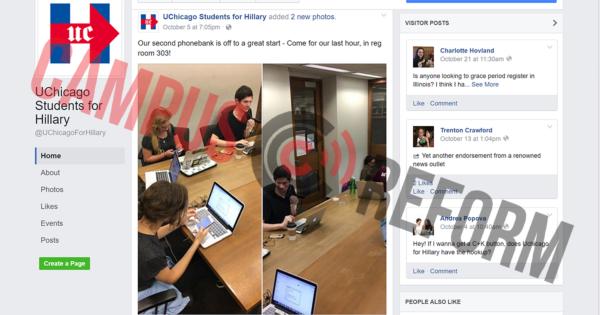 A Students for Hillary chapter at the University of Chicago was busted for using university facilities to phone bank for Clinton, which is a violation of school policy.

“University facilities may not be used for political fundraising or...partisan political campaign activities.”

Using university resources for political activities is expressly forbidden at UC, and could have caused implications for the school's tax-exempt status had the students been allowed to continue.

“Join us on Wednesday to celebrate Hill’s birthday with another phone bank 5-7 p.m. in Reg Room 303!” read one post from October 23. 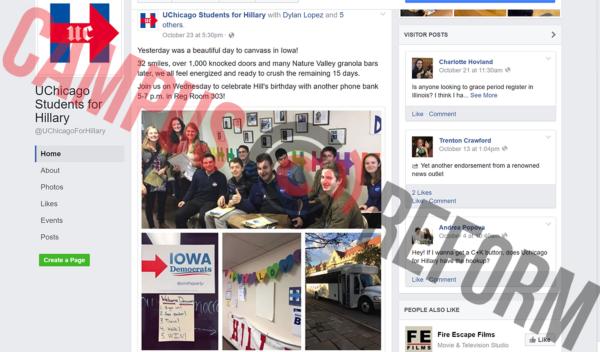 “Reg Room” refers to reservable rooms inside of Regenstein Library, typically used for group study. In order to reserve a room, students only have to provide personal information and a name for their group.

The Students for Hillary group was clearly familiar with the procedure by that point, having reserved rooms in the building for the same purpose at least twice before,on September 28 and Oct. 5. 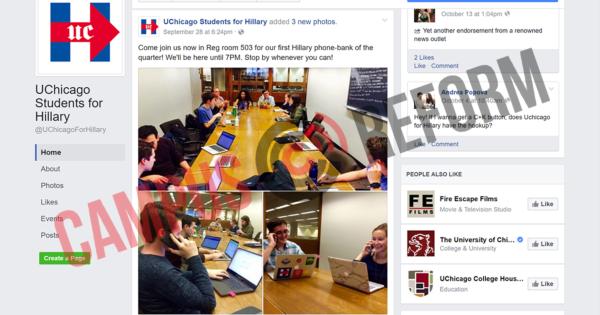 The official schedule for the rooms lists a reservation in Regenstein Room 303 from 5-7:30 PM for “uc4h,” an acronym the group formerly used on their Facebook page. 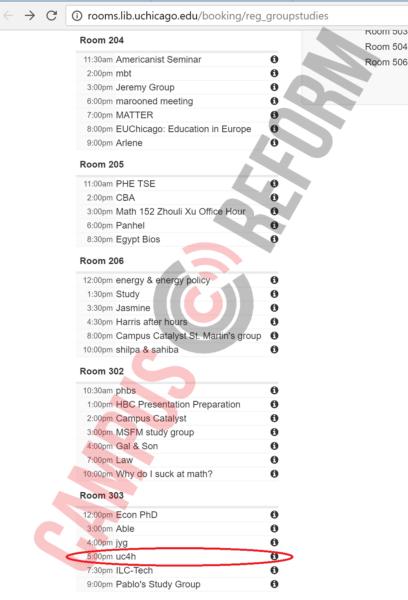 The University of Chicago is a tax-exempt organization, and, as such, any campaigning activities using university facilities could threaten the university’s tax status.

Campus Reform reached out to the university, who confirmed that the Students for Hillary group was not a recognized student organization because UC does not “recognize student groups organized for the purpose of supporting political campaigns.”

“While individual members of the University community are free to support the candidates of their choice, they cannot attribute their involvement to the University or use University facilities or resources for such activities,” said Marielle Sainvilus, Director of Public Affairs, reiterating the school’s political campaigning policy.

Just five minutes after Campus Reform received comment from the school, the UChicago Students for Hillary group sent a statement via Facebook.

Moreover, Students for Hillary scrubbed its Facebook page of any mention of using the Regenstein rooms to phone bank, but not before Campus Reform obtained screenshots of the posts. The group also removed “UChicago” from their Facebook page name.

The University of Chicago declined to say whether or not the Students for Hillary group would be facing any disciplinary action for their violation of school policy.