College fears 'war paint' could 'threaten our sense of community' 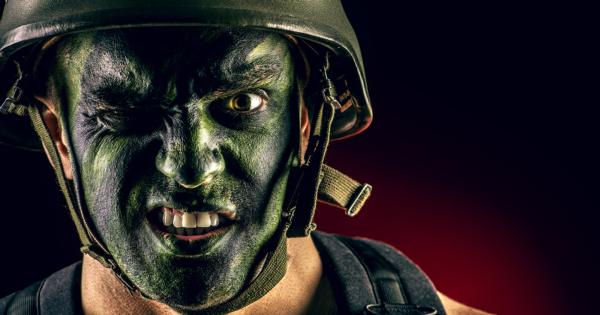 Millersville University is warning students against wearing Halloween costumes that could promote “cultural appropriation,” saying they should make their costume selections with “thoughtfulness and sensitivity.”

The Pennsylvania college sent out an email Wednesday, a copy of which was obtained by Campus Reform, to lecture its students on the potentially “poor decisions” that could be made on Halloween, like “wearing feathered headdresses” or painting themselves with “war paint.”

“Halloween is also a time when normal thoughtfulness and sensitivity can sometimes be forgotten."

“Halloween is also a time when normal thoughtfulness and sensitivity can sometimes be forgotten. Poor decisions such as wearing feathered headdresses, ‘war paint,’ or other skin tone modifications, such as blackface, are examples of cultural appropriation and misrepresentation,” the school’s vice president of student affairs, Brian Hazlett, wrote in a campus-wide email. 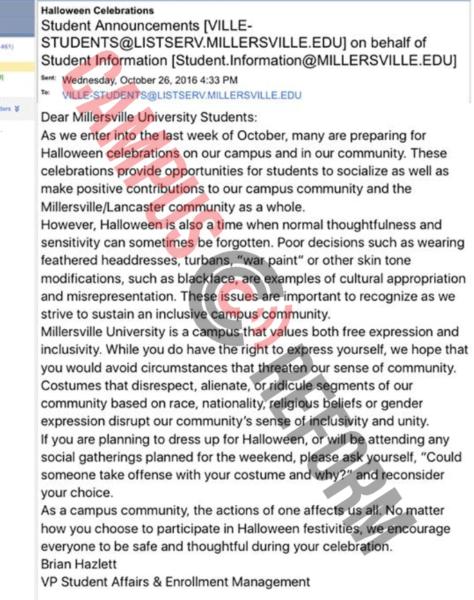 He went on to call such once-popular items of Halloween décor a hindrance to the school’s “sense of community,” noting that these “poor decisions” prevent Millersville from sustaining an “inclusive campus community.”

Hazlett does note, however, that the school “values both free expression and inclusivity,” but not without stipulating that “while you do have the right to express yourself,” he hopes that “you would avoid circumstances that threaten our sense of community.”

“Costumes that disrespect, alienate, or ridicule segments of our community based on race, nationality, religious beliefs, or gender expression disrupts our community’s sense of inclusivity and unity,” he adds.

Finally, Hazlett concludes his email by pleading with his students to ask themselves one simple question when choosing what to wear for the approaching holding, that being: “Could someone take offense with your costume and why?”

If so, he contends, then students should “reconsider [their] choice,” explaining that the “actions of one affects us all.”

Campus Reform reached out to Millersville for comment and is currently awaiting a response; this story will be update if and when one is received.