A Florida State University residence hall has been decorated with a bulletin board portraying Thanksgiving as a reminder of the Pilgrims’ ineptitude and racism.

The Resident Assistant responsible for setting up the display in Traditions Hall, who requested anonymity, told Campus Reform that they wanted to inform residents that in many cases, “history isn’t accurately represented”, and wanted to “encourage them to do more research.”

In statements written within the feathers of paper turkey cut-outs, students are told that “the majority of pilgrims couldn’t farm or build anything,” as well as that “Native Americans provided most of the food, but naturally, the white settlers took credit.”

While the creator admitted that the statement about white settlers was a low blow, they maintained that the whitewashing of history is common in movies, TV, and history books, asserting that the Native Americans brought much of the food to the first Thanksgiving dinner, but that “isn’t what we hear about."

“Only by selling Squanto into slavery twice and forcing him to learn English were the Pilgrims able to survive,” another feather claims. “Otherwise, they’d have most likely all died.”

James Fletcher Dilmore, the Chairman of the FSU College Republicans, disagrees with the statements on the board, and feels that they were not necessarily spurred by good intentions.

Describing the display as racist towards whites and an example of the “anti-white narrative perpetuated by the far left,” Dilmore denounced this sort of “all-out assault” on traditional American culture, which he believes is detrimental to the ideal that America should be a society in which those of all walks of life have an opportunity to prosper.

The creator of the board contends that the statements on the board are factual, and are merely nontraditional due to biased reporting of history, arguing that the Pilgrims thought of the Native Americans as savages—often “swindling them into exchanges.”

The RA directed Campus Reform to the website of the United American Indians of New England, which lists Thanksgiving as the “National Day of Mourning” and calls the day “a reminder of the genocide of millions of Native people, the theft of Native lands, and the relentless assault on Native culture”.

The Thanksgiving display is not the first controversial bulletin board to appear in an FSU residence hall, coming just two weeks after Campus Reform reported the existence of a Halloween-themed display urging students to avoid offensive Halloween costumes, claiming for instance that dressing as Harambe the gorilla is a form of “cultural appropriation.” 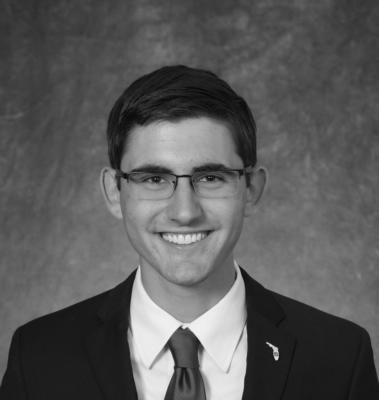