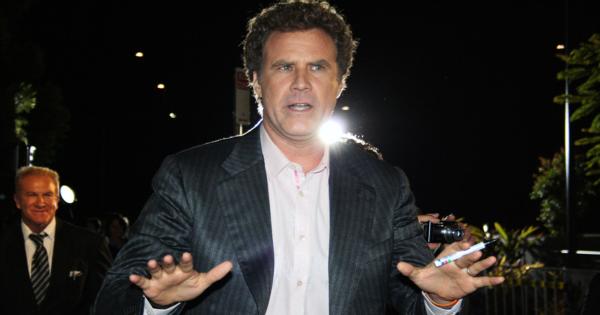 Emerson College, which once renamed its School of Communication after fictitious anchorman Ron Burgundy, now says the term “anchorman” is not sufficiently gender inclusive.

Guidelines for Inclusive Language, an “editorial style guide” available on the school’s website, cautions against using gendered language “unless you are talking about something gender specific,” suggesting that instead of using terms like “anchorman” or “businessman,” students should consider gender-neutral alternatives such as “anchor” or “business executive.”

Referring to someone with the wrong pronoun “can make them feel...as if their very essence has been erased.”

Notably, Emerson briefly renamed its communication school the “Ron Burgundy School of Communication” in 2013 to celebrate a visit by Will Ferrell, the actor who portrays Ron Burgundy in the Anchorman film series.

The inclusive language guide also includes suggestions for appropriately referring to various sensitive distinctions, such as disability, race/ethnicity, and gender/sexuality.

“Gender is an individual’s internal sense of feeling like a woman, man, both, or neither… Sex is assigned at birth and is not synonymous with gender,” the document advises students.

It then urges them to eschew the word “homosexual” in favor of “gay” or “lesbian,” but fails to explain the reasoning behind that instruction.

With regard to race, the guide reminds readers that Latina/o, Hispanic, and Spanish are all separate terms, and that some individuals prefer the label “black” to “African American,” suggesting that one should “ask for a person’s preference (e.g., Native American vs. American Indian)” whenever possible.

“When referring to people with disabilities, emphasize the person first and then the disability,” the guide continues. “Use person with a disability, not disabled person or handicapped person.”

A separate Transgender, Genderqueer, and Gender Nonconforming Inclusion guide on Emerson’s Diversity office website details ways of being “inclusive” toward individuals who do not “fit into traditional gender expectations or dominant constructions of masculinity and femininity” or those whose “gender expression does not conform to cultural norms and/or whose gender identity is different from their gender assigned at birth.”

The guide particularly emphasizes the importance of asking someone which pronouns they use, calling it a mark of “respect for their gender identity” to clarify a person’s pronoun preference.

“When someone is referred to with the wrong pronoun, it can make them feel invalidated, dismissed, and alienated,” the guide states. “It is as if their very essence has been erased.”