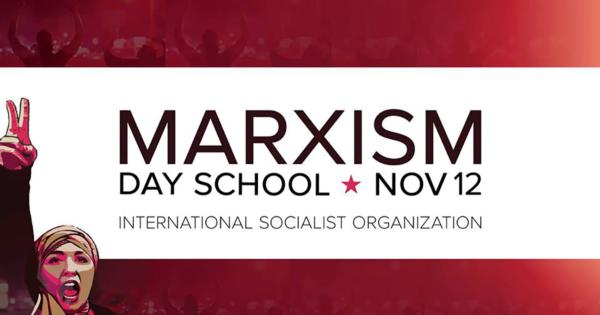 Boston’s International Socialist Organization now uses Northeastern University’s facilities to hold its events, including one upcoming day-long workshop on how “inequality is a law of capitalism.”

“In the United States, there are 400 billionaires. They are the reason why there are 47 million poor people,” an event description asserts, contending that “you cannot have obscene, untold wealth unless you have obscene, unimaginable poverty.”

“In the United States, there are 400 billionaires. They are the reason why there are 47 million poor people.”

The event, being advertised as New England’s “Marxism Day School,” will apparently discuss an “alternative to this way of organizing society”—namely socialism—noting that Senator Bernie Sanders’ presidential bid placed socialism “at the center of U.S. politics.”

Indeed, the event description praises Sanders’ candidacy as a confirmation of “what people struggling for a living wage and against racism and police brutality have been saying for years: Capitalist [sic] isn’t working for anyone but bankers and billionaires, and to end our suffering we need an alternative.”

[RELATED: OU prof says youth approval of Sanders is ‘symptom of our failure to educate]

“Whether or not the bigot Trump or the warmonger Clinton wins the presidential election we are going to have to fight for a different kind of world,” it continues, encouraging students to “join the International Socialist Organization” to learn “how we can win that world.”

While the university informed Campus Reform that it is unaware as to whether any student organizations are involved in the event, the school’s Students for Justice in Palestine chapter is now listed as a co-sponsor, along with the International Socialist Organization.

Campus Reform has yet to hear back from the school as to whether the student groups’ involvement means that any university funds will help pay for the day-long event.

Notably, Boston’s International Socialist Organization recently hosted several events on Northeastern’s campus, including one on the “Fight for a Socialist Future” and another called “How Do We Get to a Revolution?”

Campus Reform reached out to the organization for comment on the matter, but did not receive a response in time for publication.