College wants students to 'color away your testing stress!' 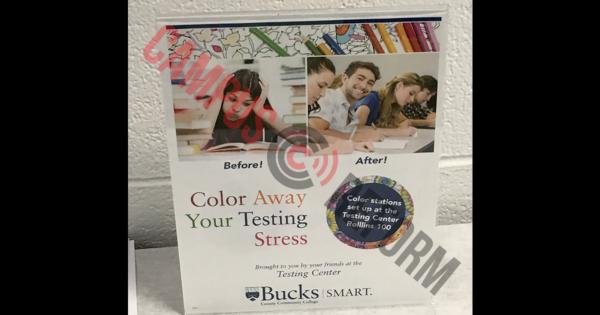 The college’s Testing Center has sponsored stations to be set up in the testing center to “Color Away Your Testing Stress,” according to a promotional flyer obtained by Campus Reform.

“I am appalled that my school is pandering to this.”

Underscoring the point, the poster also contrasts a “before!” photo of a stressed-out woman surrounded by a stack of books with an “after!” image depicting a man grinning broadly while taking an exam with other students. 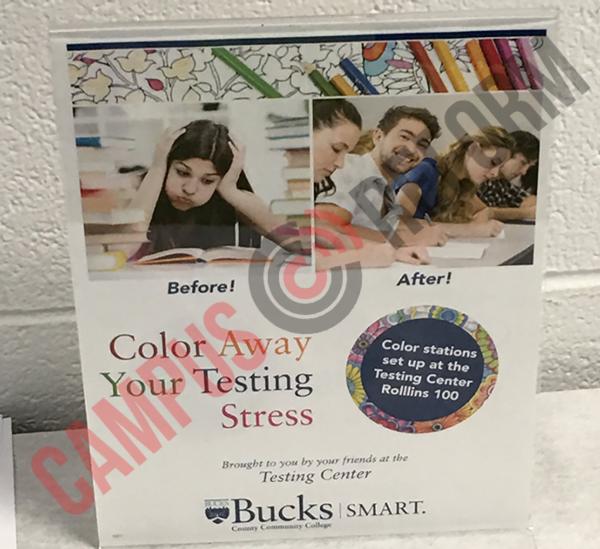 “I am appalled that my school is pandering to this,” Evan Cheney, a sophomore at BCCC, told Campus Reform.

“I would think that a school with an older average population would be more adult-like in the environment that it is trying to create for its students,” Cheney exclaimed. “But this, plus the ‘Kindness Week’ that the school is trying to promote, is starting to make me think that this is the beginning of an unfortunate downfall for the school that I do not want to see happen.”

According to College Board, the average BCCC student is 25 years old.

Notably, BCCC also came under fire last year for firing an astronomy professor merely for mentioning God in a letter to students, which the school deemed a second offense because the professor had previously received a warning after offering students a free book on the last day of class that included Christian themes.

Campus Reform reached out to the BCCC Testing Center for comment, and is currently awaiting a response. This article will be updated if and when a reply is received.