GOP bill would strip funding from schools that ban the flag 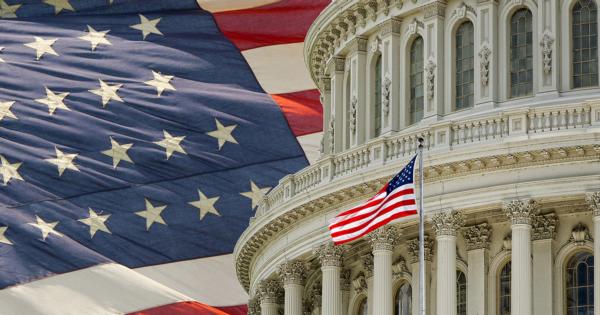 In response to Hampshire College’s controversial removal of the American flag, 54 House Republicans have introduced a bill that would strip federal funding from flag-banning schools.

Following Donald Trump’s election victory, Hampshire lowered its American flag to half staff in order to “encourage expression of deeply held viewpoints,” a goal that was apparently accomplished when the flag was torn down and burned on the eve of Veterans Day by student protesters upset over the election results.

"Action by Hampshire College to remove the American flag from its campus was a blatant act of censorship.”

Hampshire President Jonathan Lash declined to replace the flag, explaining at the time that he wanted the community to “focus our efforts on addressing racist, misogynistic, Islamophobic, anti-immigrant, anti-Semitic, and anti-LGBTQ rhetoric and behaviors.”

Outraged residents, many of them military veterans, protested the decision with an on-campus demonstration, prompting Lash to issue a circular declaring that “no protestors [sic] will be allowed to come on campus” and instructing students not to speak with members of the press.

Republicans in the U.S. House of Representatives have now weighed in against the school, as well, introducing H.R. 6433, the “Protect the Flag Act” on December 2, which was coincidentally the same day that Hampshire finally relented to mounting pressure and announced that it would be restoring the flag to its traditional location.

The Protect the Flag Act, sponsored by Rep. Michael Turner (R-OH), would punish any school that “removes, censors, takes down, prohibits, or otherwise halts display of a flag of the United States” by denying them federal funding until the flag is reinstated.

Rep. Turner told The Washington Examiner that he believes Hampshire “disrespected our servicemembers, veterans, and the liberties our flag embodies” with its action, which he also deemed an act of censorship.

The bill currently has 54 cosponsors, all of them Republicans, and has been referred to the House Committee on Education and the Workforce.